It has been just under a week since I posted about Polo Field suddenly acting different, and I figured it would be a good time to give an update on what has happened since, especially because not all of the Club Penguin Memories viewers are on Twitter for a wide variety of reasons. Either way, I like to keep you all informed!

You might recall I left off stating how Polo Field was acting differently. He suddenly stopped replying to penguins, made his blog private, and unfollowed all of us except a few official Disney/Club Penguin related accounts, failing to give an explanation. (and saying he was not allowed to say after I made the post)

Previously when asked why Polo Field made his blog private, he said it was just an experiment. That tweet has since been deleted (more later) but as I mentioned in my minor Club Penguin updates post, he mysteriously made his blog public again the other day. He never announced it, either. 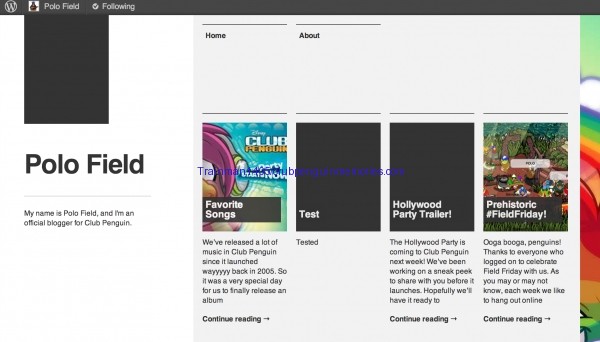 Now, like I mentioned last week, Polo Field has not replied to any penguins…or has he? While not as much as he used to, he still appears to secretly reply to some penguins briefly, then deletes the tweet shortly after. For example, there’s this: (and thanks to @ljl2112 for letting me use his picture) 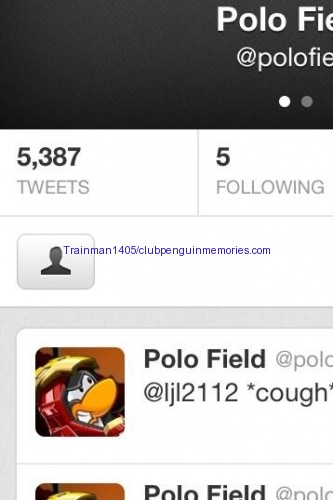 And there’s also this, which is kind of funny that he replied to me when I was collecting images for this post. (he deleted the tweet to me seconds later) It’s also sort of odd that he replied to my tweet when he doesn’t even follow me…either he was looking over my Twitter profile or he searches “Polo Field” on Twitter. :P 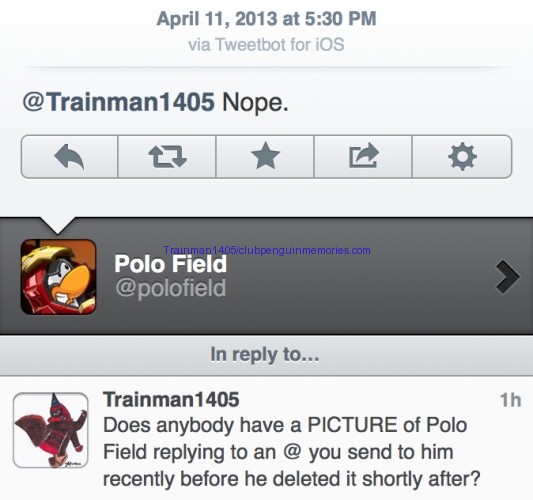 But yeah, like I said – he doesn’t reply to penguins on Twitter much anymore and when he does, it’s very brief before the tweet gets deleted. As you can see, it’s just tweets out to everyone in his timeline now instead of the now deleted replies. 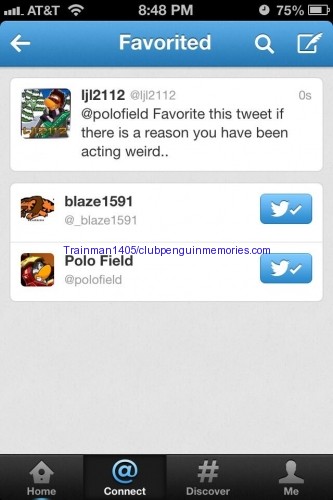 He still favourites other tweets thought: 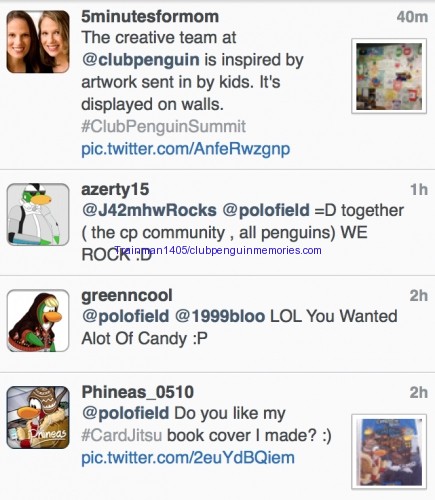 Wrapping up what I have to say about the situation with Polo Field, Club Penguin Player Cena12121 chimed in with his two cents. I don’t know where he got the information so I cannot confirm if it is accurate or not, but it does seem likely that he is correct. What do you think? 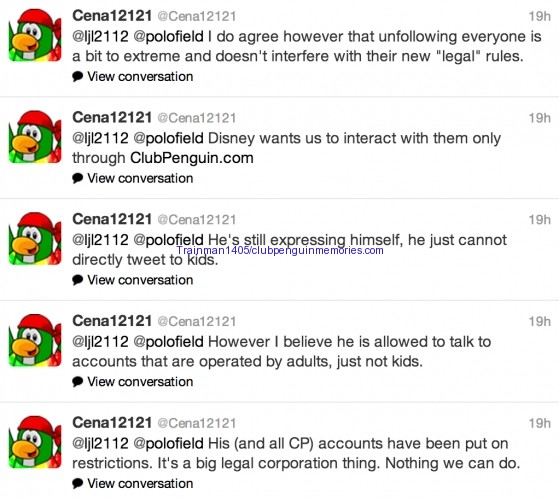 Also, unrelated but similar, Businesmoose cleared out his Twitter account since he left Club Penguin for Mech Mice. He deleted all of his tweets and unfollowed everyone he was following. His account is more or less a ghost town now. 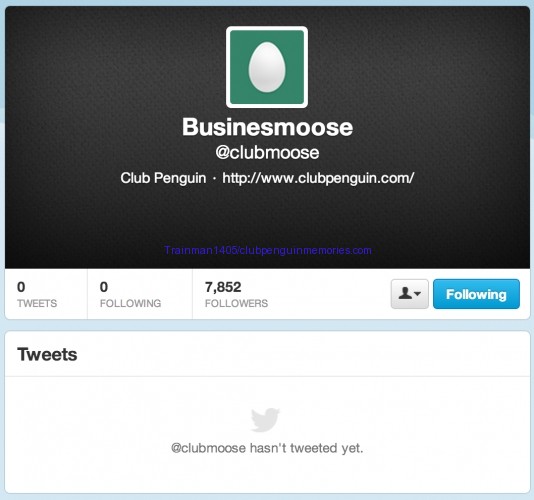 51 thoughts on “An Update On Polo Field Acting Weird”