The Marvel Superhero Takeover is coming April 24th! Spike Hike made an announcement about it on the Club Penguin Blog today. Here is his post:

I’m unbelievably excited to announce the return of the Marvel Superhero Takeover on April 24th!! 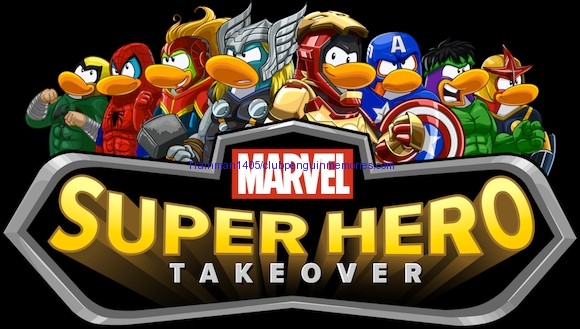 There are many secrets ahead, so I won’t spoil the surprise, but I can tell you this is an almost ENTIRELY NEW PARTY with new heroes, new villains, and new places from the Marvel Universe!! You are not going to want to miss this…

Excelsior… and Waddle On!

It’s nice to see Spike Hike making a post on the Club Penguin Blog today! Him saying “True Believers” on the blog confused me, but a quick Google searched revealed that True Believers is a comic book limited series from Marvel Comics and that it’s also the name of an obscure group of Spider-Man villains.

Epic news! I guess my post from last night was right! I just hope it doesn’t end up being three long weeks like last year, and that it’s not all driven by tasks…