On the 25th of February there has been some updates, all of them being in the year 2011.

The first update was not one, but two new pins. Club Penguin was continuing their temporary thing of releasing two new pins at once. This time the pins were the Black Puffle Pin (at the Recycling Plant) and the Green Puffle Pin. (at the Dojo)

There also a third pin hidden actually, as at the stage it was updated with a new play, Haunting of the Viking Opera. In the room there was a special Viking Ship Pin everyone could obtain by waddling over to it. 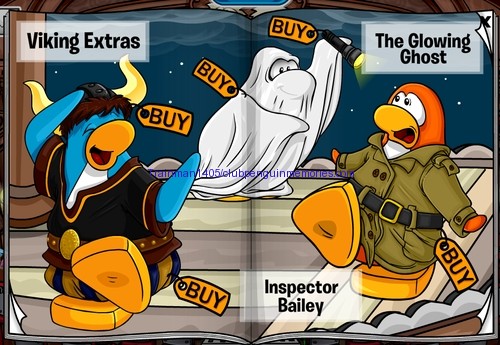 The next update was Klutzy’s System Defender level being released. As a result of the new level the Klutzy Attack was added to stamp books, and could be unlocked by completing the new level.