Lots of updates have happened on the 8th of December, spanning across two different years. Those years are 2006 and 2011. Going in order, back in 2006 there were four different updates. Rockhopper made his second visit ever on the Club Penguin Island, bringing along with time Red Puffles! Now all penguins could adopt a Red Puffle for themselves. Previously Puffles only came in blue, pink, green, black, and purple, which was added in August 2006. In addition to Rockhopper’s visit and the Red Puffles a new pin was hidden and there was more igloo music. The new pin was the Camp Fire Pin and could be found in the Ski Lodge. This was the 20th pin to be hidden on Club Penguin. 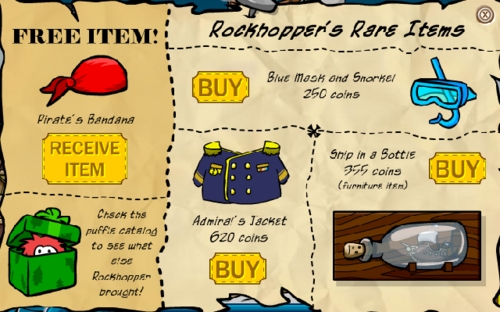 Moving on to 2011, there were tons of updates. Here’s a brief summary in list form of them:

As you can see it was a lot of small updates rather than main big ones, aside from the Ice Rink and sports catalogue.