On this day in Club Penguin History there were a few updates in the year 2008. The biggest update was the 10th PSA mission, Waddle Squad, being released. The PSA stands for Penguin Secret Agency and was a class of secret agents before being destroyed by Herbert in May 2010.

Aside from the new mission there were two other updates. To celebrate the new year fireworks were temporarily added to the Mountain and Iceberg. Finally, the Christmas Party ended and the AC3000 returned (it first appeared in 2007 after the Christmas Party) with snow to the Ski Lodge, being stored for February fun as the sign in the Ski Lodge said. The snow ended up being for the Snow Sculpture Showcase, where penguins could submit art for a change of it to be sculpted in game. 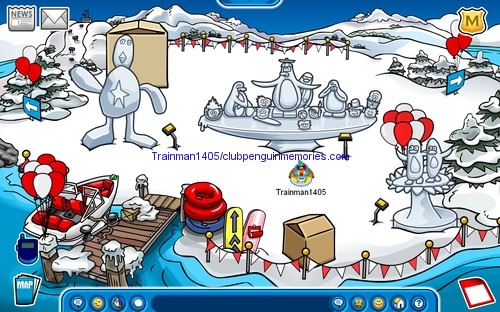