Operation Blackout has been released! 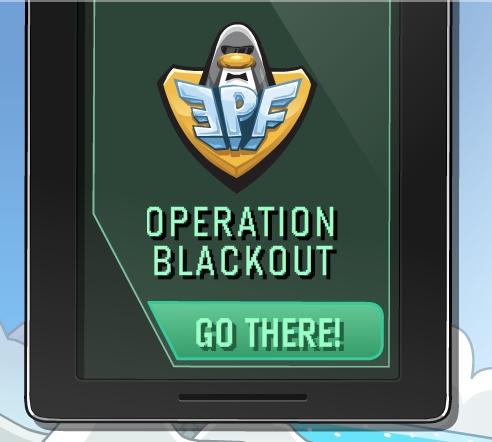 Your spy phone will be blinking but it says ATTENTION! Field-Ops are offline. That’s because the Everyday Phoning Facility is destroyed. 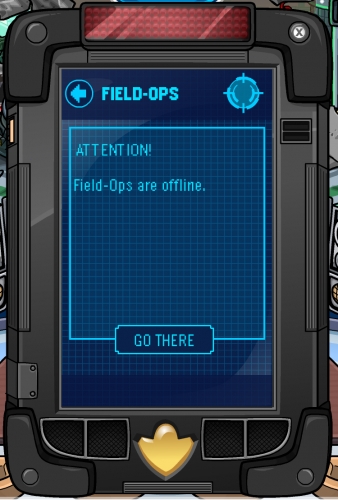 This is the Everyday Phoning Facility: 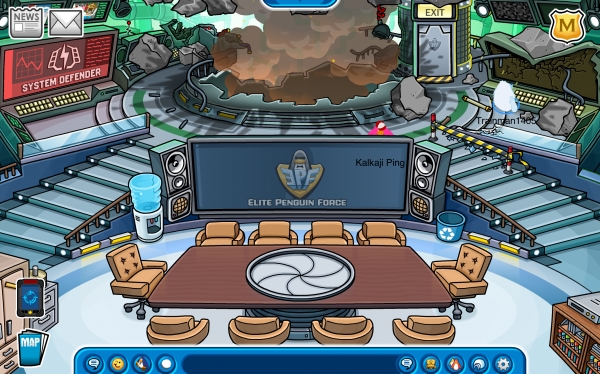 When you log in you’ll get a popup with your mission orders, or you can click the folder icon in the top right next to the Moderator Badge icon. The briefing is: 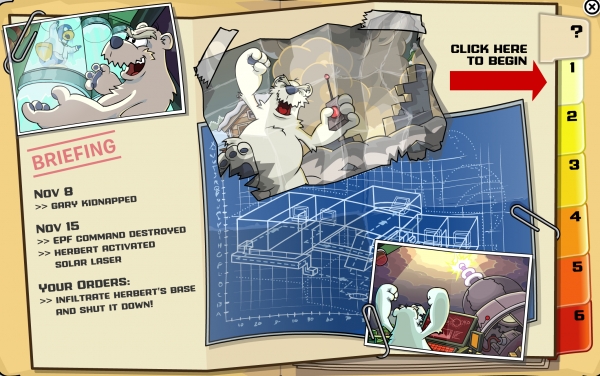 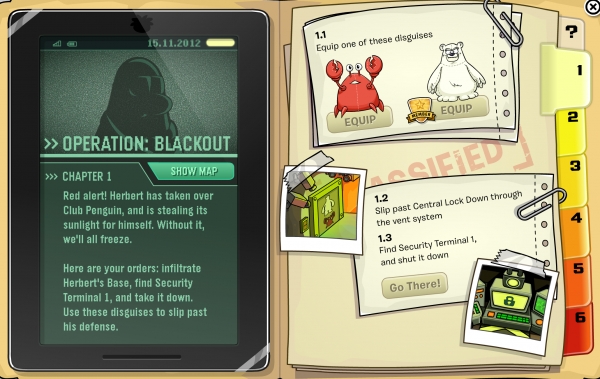 Red alert! Herbert has taken over Club Penguin, and is stealing its sunlight for himself. Without it, we’ll all freeze. (isn’t that a good thing? we’re penguins…)

Here are your orders: infiltrate Herbert’s Base, find Security Terminal 1, and take it down. Use these disguises to slip past his defense.

Chapter 1.1: Equip one of these disguises

Chapter 1.2: Slip past Central Lock Down through the vent system

Chapter 1.3: Find Security Terminal 1, and shut it down!

We are also given a map: 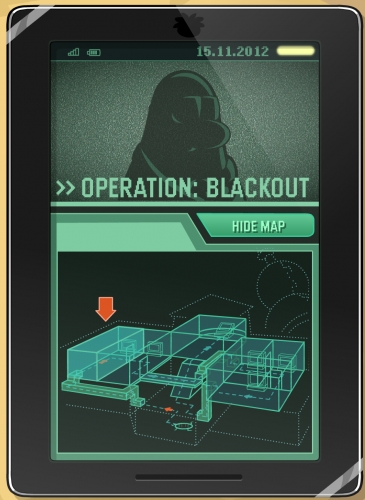 Go to the Ski Village and go to the Forest-y looking area and you’ll have a nice Spa with calming music. 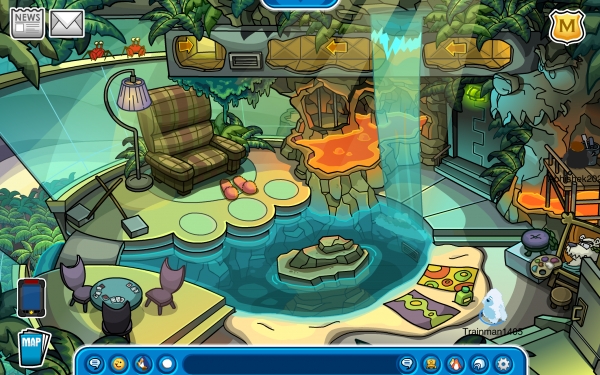 Go through the doors in the Spa room for the next room. In the room you can go two places. Underground or in the vents. To get in the vents you need to be wearing a Herbert Disguise or Klutzy Disguise. 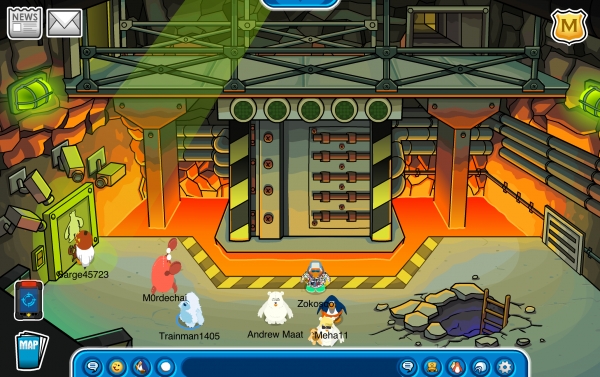 Go in through the doors on the left. You’ll wind up in the Spa Room vents.

Once you go through the vents you’ll be in a new room. Walk up to the computer. 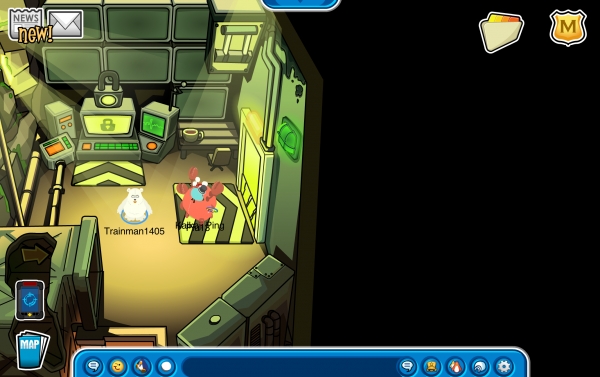 You’ll get a screen look like this. It says “Move the security blocks to get the pass-key to the lock.” Press ok. Then move the blocks around so you can move the key to the lock. This is like the Ice Jam game on the Beta Team, which will be coming to Club Penguin in the near future. 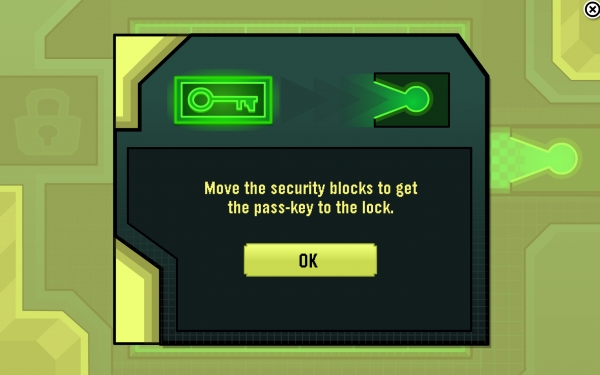 Once you do that it will say access has been granted. Upgrading Security Clearance to Level: 1. 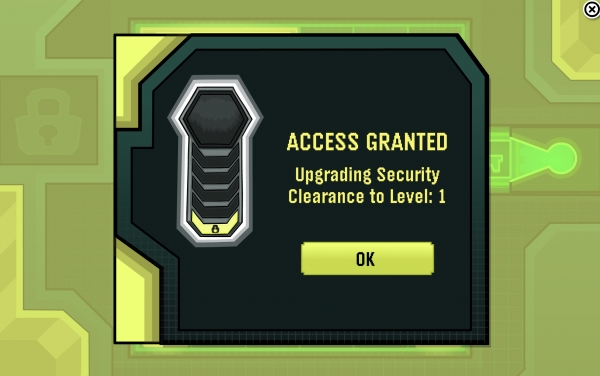 The Herbert Security Clearance 1 will then be added to your inventory. That’s all for now!

There is a special catalogue in the special Herbert Area, at the Dock, and in the Lighthouse, which has been converted into a hospital. Wear the Capture Equipment and press the Snowball Icon to throw nets. The items are: 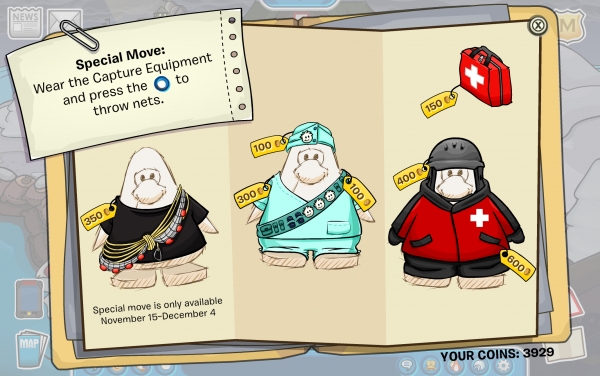 Click the bottom two holes in the paper (top left of the catalogue sheet of paper, bottom right holes) for the Rappelling Gear. Thanks Dolphins19! 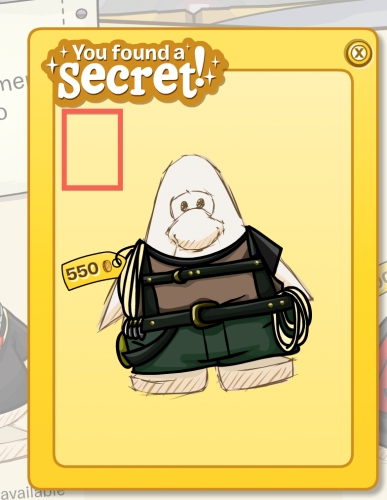 This is the underground if you choose to not go in the vents. Go to the right of the room to access the next room. 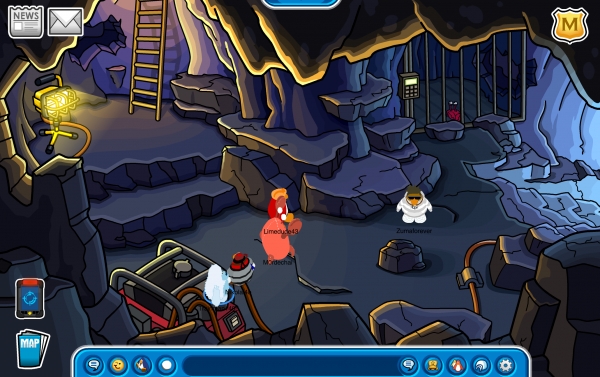 This is the secret underground base. You can throw snowballs at the Herbert targets, access the special catalogue, or even teleport to some rooms! 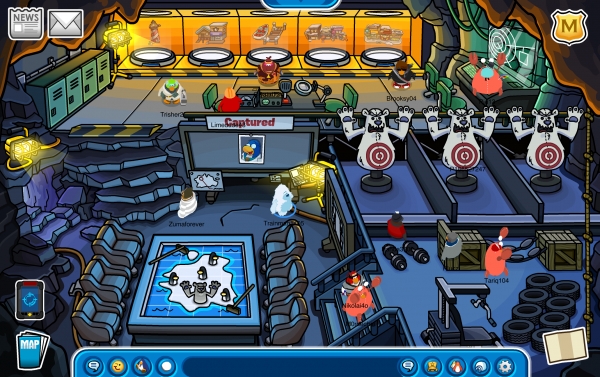 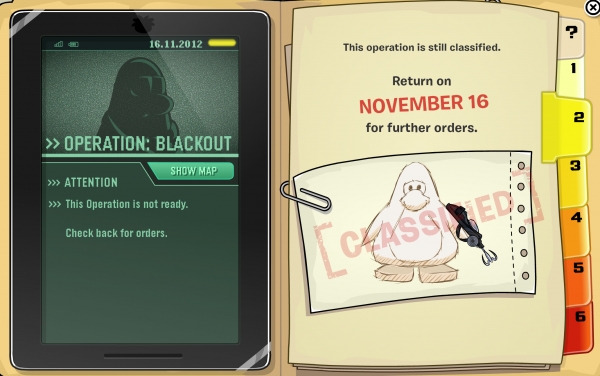 This operation is still classified. Return November 18 for further orders. 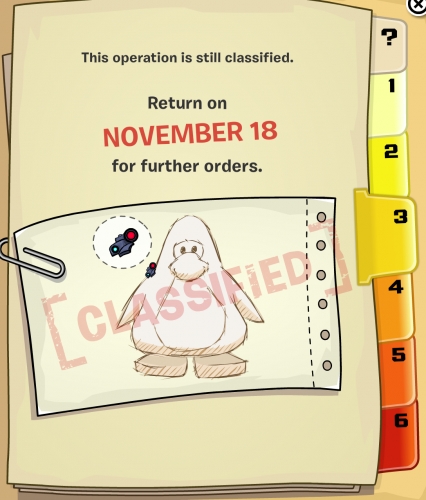 This operation is still classified. Return November 20 for further orders. 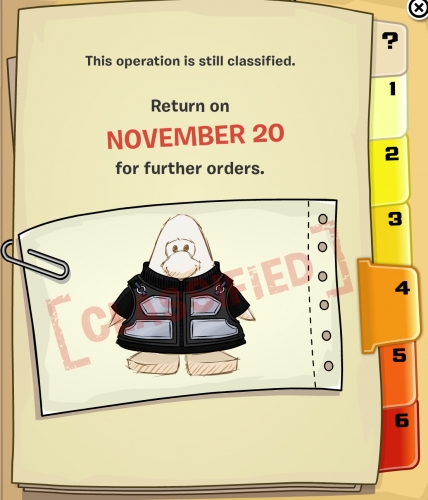 This operation is still classified. Return November 22 for further orders. 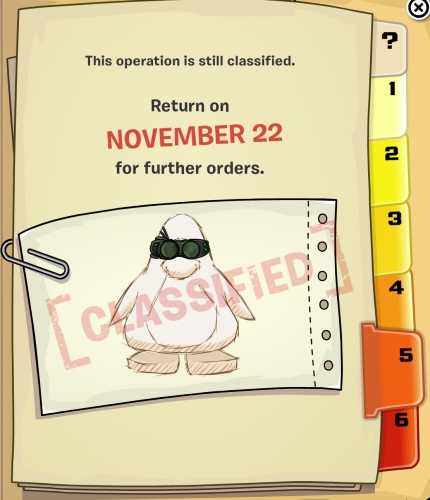 This operation is still classified. Return November 24 for further orders. 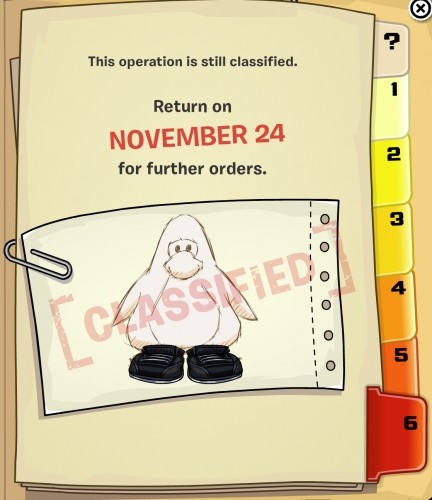 Throw a snowball and the penguin becomes a huge clump of snow! 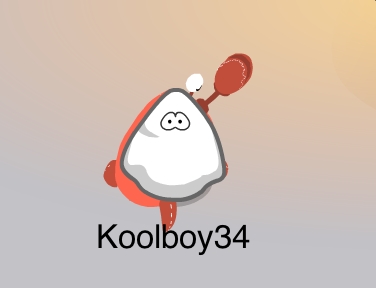 That wraps up the party guide! There are new safe chat messages and jokes for the party and Herbert is walking. He has a new background See this page for a tracker.

During this event you can earn four  stamps. (to my knowledge, I could be wrong about some)

How do you like the party overall? I’d love to know!