Updates on the 20th of October in Club Penguin history happened just last year, in 2011. The 2011 Halloween Party was released, and to accompany that there were many other updates. 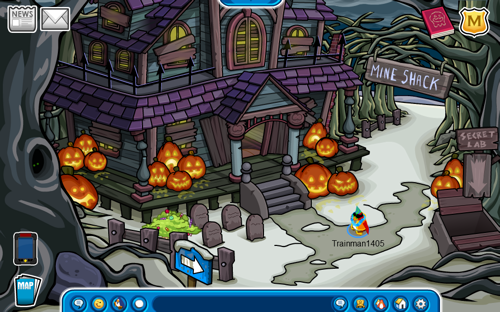 Starting with smaller updates and working our way up, the 52nd field op was released. Gary’s orders this time were:

Other updates included the Trick or Treat stamp being added, the Igloo Decorating Contest starting, the postcard catalogue being updated, Night of the Living Sled: Live being released for the first time at the Stage, and the Crystal Ball Pin being hidden at the Hidden Lake.