As long as you were a Club Penguin player a few months ago, you might remember back in the beginning of May when Club Penguin tweeted the following image: 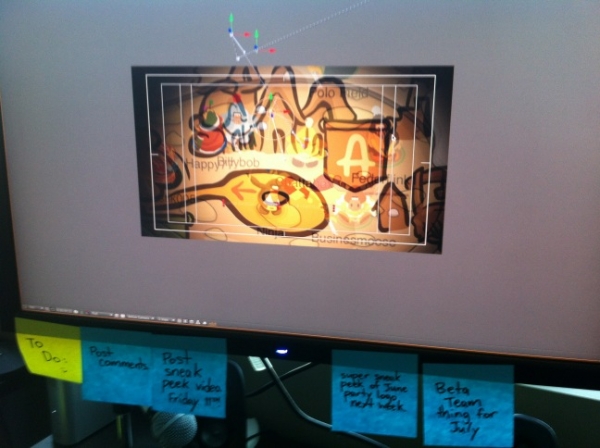 There’s one sticky note that reads “Beta Team aiming for July”. I know July was not concrete, as they were hoping for July. While there are two days left in this month excluding today (Sunday) I doubt we’ll be seeing any changes on the beta team this month.

In addition, whatever happened to Arctic White? Here’s a screenshot of a YouTube comment from late April:

While I’m sure they have plenty of reasoning for being late and keeping quiet about this stuff, what do you think the extended hold-up is? Whenever the new colour and beta team things are released, I’m sure we won’t be displeased. I just hope it’s soon! :)