There has been tons of leaks and unofficial information that Card-Jitsu was being made into a mobile application by Club Penguin, but there was nothing ever officially said by the company to us penguins – until now.

Take a look at this image, second paragraph. I was on Disney’s jobs page for Kelowna and stumbled upon Nathan, who is a part of the Disney mobile team. He mentions Card-Jitsu for mobile. 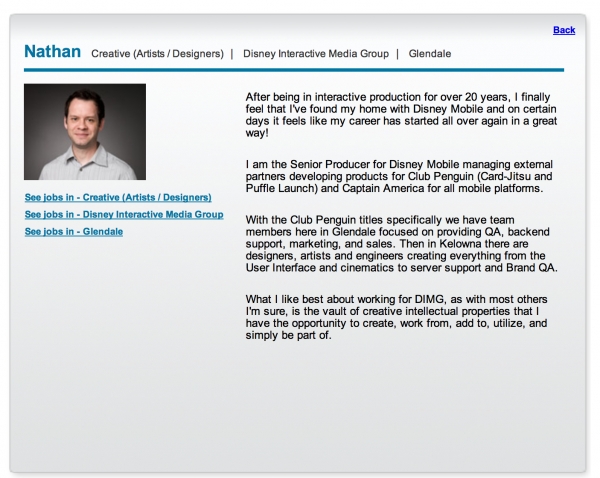 Just…..when? We know that Disney has “an aggressive mobile roadmap for Club Penguin” – it’s just when will we get to see this stuff? That’s what we want to know.