Club Penguin has released a new newspaper, for the 26th of April. This is the seventeenth issue of 2012 and brings us to a total of 340 published newspaper issues.

The main headline is this week’s newspaper is about Ruby and the Ruby. 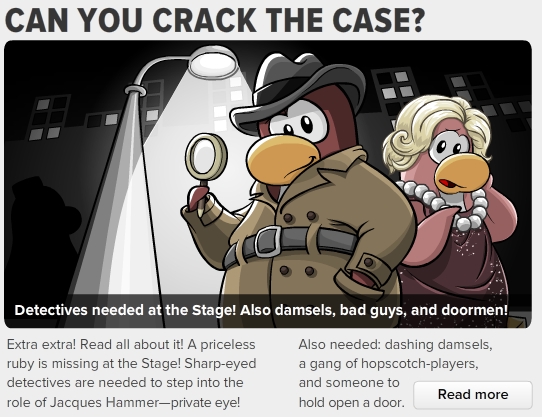 The second article in this newspaper is about the upcoming medieval costumes, which will be in next month’s clothing catalogue, released next week. 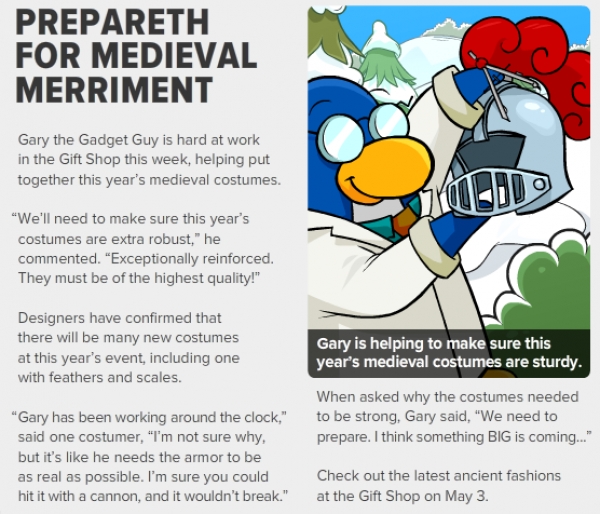 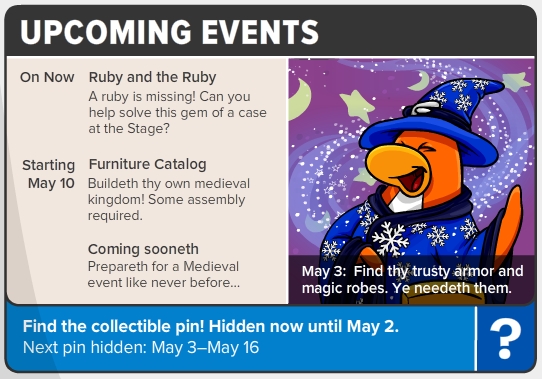 While the newspaper does not actually say, the Medieval Party will be released on May 17th.