Club Penguin has released a new newspaper, for the 19th of January. This is the third issue of 2012 and brings us to a total of 326 published newspaper issues.

The main headline is this week’s newspaper is about all the brand new underwater furniture, which is meant to go along with this month’s Underwater Expedition. 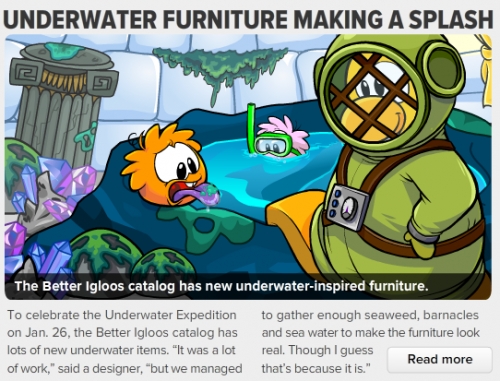 The second main headline is about the first ever fashion show. I wonder if it’ll be like the Outfit Contest Club Penguin had back in August 2007 during the Camping Party? Also, because the article mentioned Cadence, do you think she will be on the island during the 2012 Fashion Show? 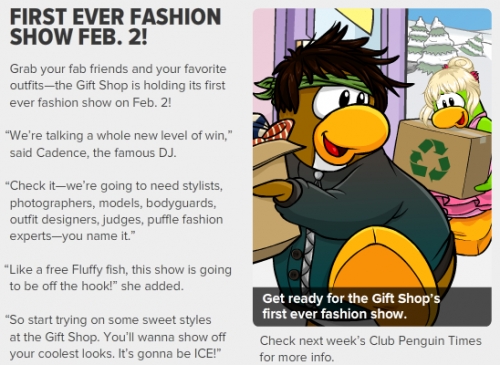 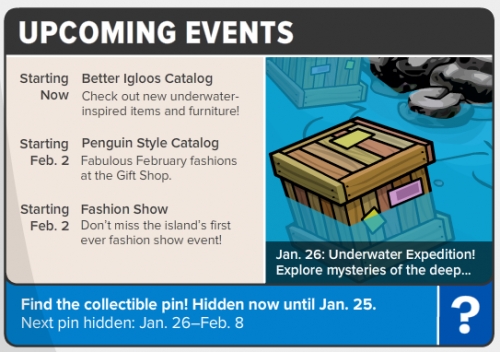