Earlier today Mashable, a popular blog about social media, published a nice article about Club Penguin. It talks about how the game became so popular amongst kids and even mentioned things such as Coins For Change. They even gave us a sneak peek of the Town for the Holiday Party, even though we already saw what all the rooms look like a few months ago. One detail change between this picture and the old picture is this one has the signs pointing to the Snow Forts and Dock. This image also features some of the same penguins as in my Coins For Change sneak peek post. 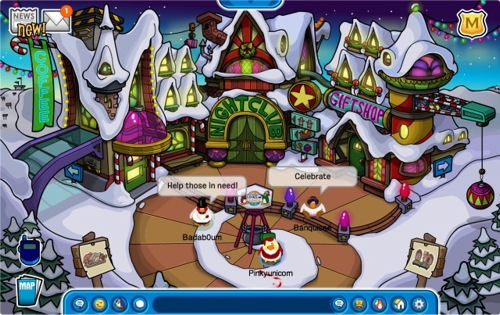 Back to the Mashable article. It has an interesting infographic about us players, which you can view below. 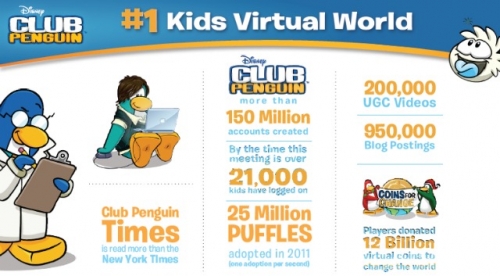 The article also gives some interesting statistics, such as 40% of the game’s players are from the U.S. If you’re interested, you can read the full article here.