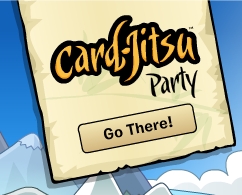 At the Plaza everyone can pick up the Water Headband.

At the Town everyone can pick up the Fire Headband.

At the special Member Dojo members can pick up the Water Training Plates.

The same can be done for the Fire Training Plates:

To do this, read below.

Just for the party Card-Jitsu Fire and Card-Jitsu Water are open to nonmembers. The island is divided half and half – fire on the left and water on the right. The Snow Forts is where it meets up. 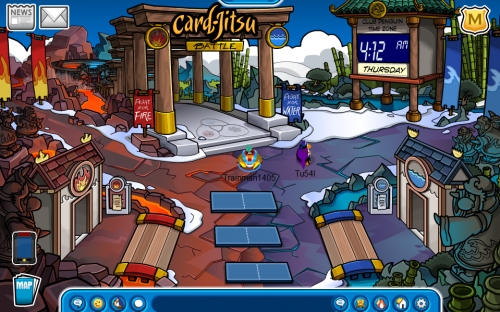 At the Stadium the elements can be battled. At mentioned earlier, there is a special Dojo for members. 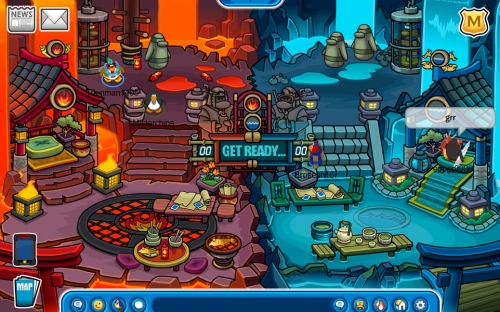 You can unlock the Training Plates here. To do so, simply throw snowballs (changes once you throw it) at the targets. Whichever color one is hit the most is the one that will unlock – they’re behind cages. Simply do the opposite side to get the other one.

You can access the water side of that Dojo from the Forest: 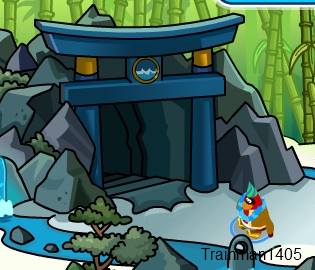 For the fire side, go to the Dock and enter from there. 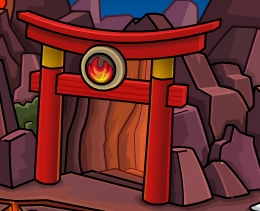 At the Card-Jitsu Party you can earn six stamps.

There is also a new stage play, which you can read about here. Unrelated, when you login you’ll get this message: 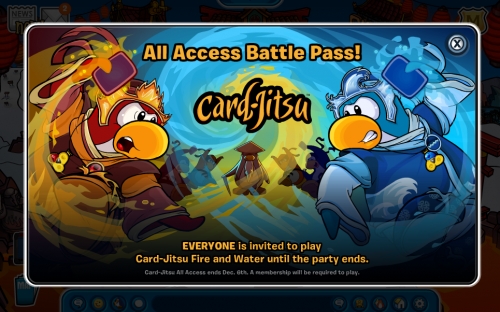 Finally, new ninjas going to the Ninja Hideout will get a popup from Sensei. 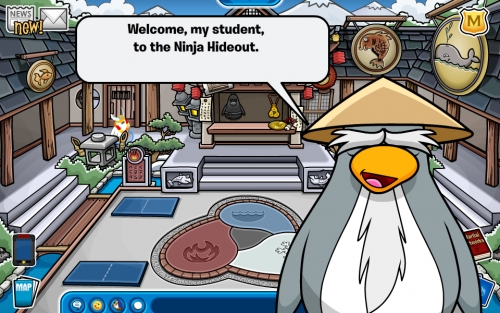 He will give you some cards and the Amulet. 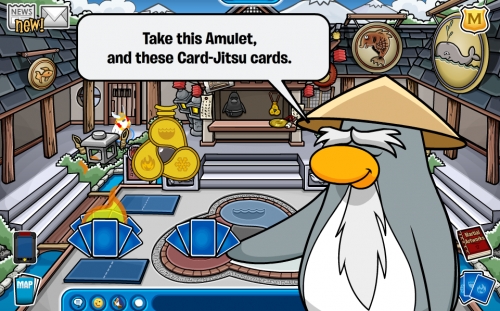 Shadows will also appear at the Dojo every five minutes.

Click here to see all the Card-Jitsu Party Bugs.