On the 9th of May Club Penguin has updated in 2008 and 2013. In 2008 a new pin was hidden on the island and the Twelfth Fish stage play returned for another showing. 2013, on the other hand, had a lot of updates. There was a new Penguin Style for the month, the My Penguin app was released for the iPad, Card-Jitsu Fire and Card-Jitsu Water were no longer only for members, and more!

The new pin hidden on this day in 2008 was the Goblet Pin. The Goblet Pin is Club Penguin’s 61st pin overall and is the fourth pin to be hidden at the Coffee Shop.

Another update on this day in 2008 was the Twelfth Fish play returning to the Stage for its first encore since the original performance in December 2007. 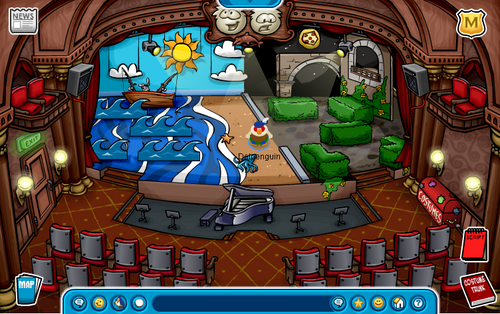 As for 2013, while not an update inside the virtual world, on this day that year the team released the My Penguin app for the iPad, which has since been renamed to Club Penguin. At the time the app only let you play games, change your penguin’s outfit, manage your buddy list, and view the official blog and their YouTube videos. Over the years even more content has been added to the app, such as igloos and rooms.

In the actual Club Penguin game there were many updates. The biggest one was the release of the May 2013 Penguin Style. The theme of the items that month was ninjas. 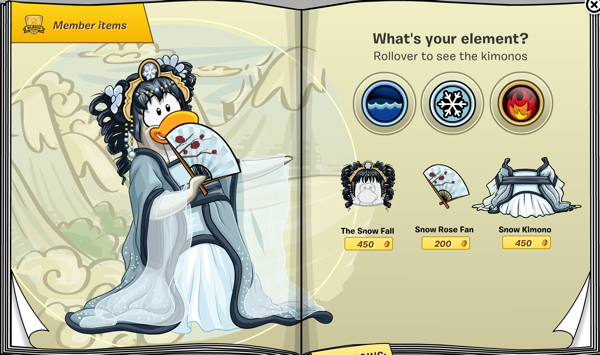 Speaking of ninjas, there were also some ninja related updates on this day in 2013 relating to Card-Jitsu. Nonmembers could now play Card-Jitsu Fire and Card-Jitsu Water, games that were previously only for members, the Battle of the Ancient Shadows play returned to the Stage for its second showing, and Sensei’s buddy list icon was changed to his new modernised look

There was also a few other small updates on this day in 2013. The featured postcards were updated, the reconstruction of the EPF Command Room progressed, and Spy Drills were now available as a replacement in lieu of field ops.