The pin released on this day in 2007 was the Tulip Pin. It was the first pin to be hidden at the Sports Shop, which was located where the Everyday Phoning Facility now resides. This pin is Club Penguin’s 32nd pin overall.

The second update on this day in 2007 was a new puffle furniture catalog. A few new items were added to it, one being the Scratch Tower. 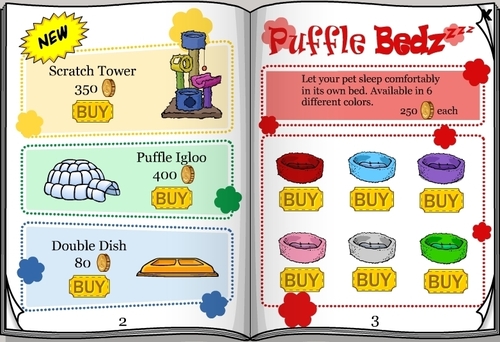