On the 10th of May Club Penguin has only updated in 2012. There was a new furniture catalogue, a new igloo catalogue, and the 81st field op mission was released.

Back in this time period the furniture and igloo catalogues were separate and not united as one. The theme of the new furniture was medieval and the new igloo in the igloo catalogue was the Medieval Manor, costing players 1,200 coins. 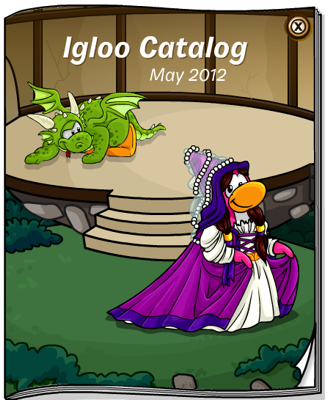 The other update on this day in 2012 was the 81st field op mission being released. Gary’s orders were the following:

Hear me, protectors of Club Penguin! A powerful enemy is rising, and we must prepare for it! Search the island for mushrooms, and use your technology to give them power. This will help my research.

Because the 2012 Medieval Party was currently in session, there were mushrooms around the island. Agents had to go to the Beach and waddle over to the mushroom on the right side of the room, then for the mini-game they had to guide the micro battery and power up the chipset.