On the 28th of April Club Penguin has updated in 2006, 2008, and 2013. In 2006 a new pin was hidden on the island and more Find Four tables were added to the Ski Lodge. In 2008 Rockhopper opened up the Captain’s Quarters and Crow’s Nest rooms on his ship to all players, plus the Treasure Hunt game was released. In 2013 a new item was available at the Marvel Superhero Takeover.

In 2006 there were two updates. The previous day, the 27th of April, the Find Four game was released. Because it was much more popular than anticipated, Club Penguin added tables to the Ski Lodge itself – the day before it was only playable at the attic. Also on this day in 2006 Club Penguin’s fourth pin, the Pizza Pin, was released. It was the first pin to be hidden at the Plaza. Can you find it in the image below? 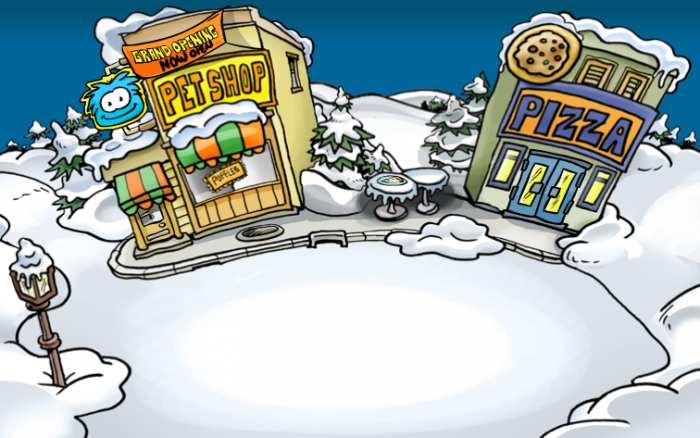 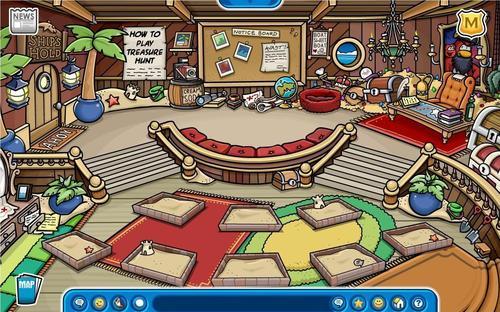 That’s all for 2008. Moving ahead now to 2013, the final year with updates on the 28th of April, there were two updates at the Marvel Superhero Takeover. The fourth robot you could build to destroy the island was now available and members could collect the Brainwave Power Gloves.