On the 13th of April Club Penguin has only had three updates in 2007. A new pin was hidden, the stage was added to the Lighthouse, and new postcards were released.

The pin was the Microphone Pin, located at the Lighthouse Beacon. This was the first pin to be hidden at the Beacon and it is Club Penguin’s 30th pin overall. 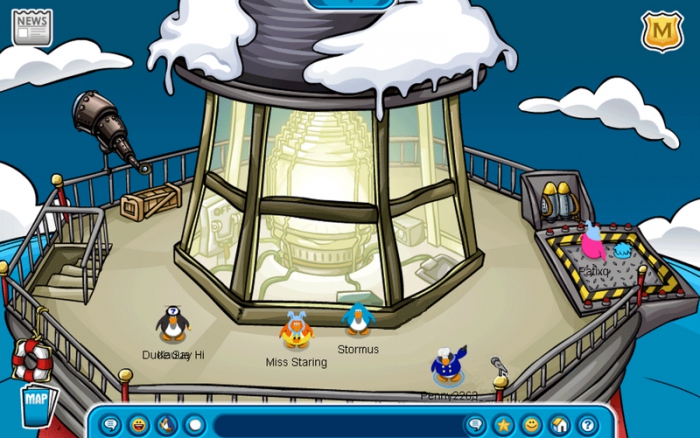 The Lighthouse opened to the public in September 2006 but it didn’t have a stage platform. It is true that there was a stage platform on the left side of the room when it opened, but only because the Penguin Band was performing. After that celebration ended the stage disappeared from the room. That changed on this day in 2007, though, when Club Penguin updated the room to add the stage so penguins could form a band and play the instruments that were released in that month’s Penguin Style.

The Lighthouse when it first opened in September 2006:

Thanks to Blingstr for giving me his image to use!

The Lighthouse after the grand opening celebration ended: 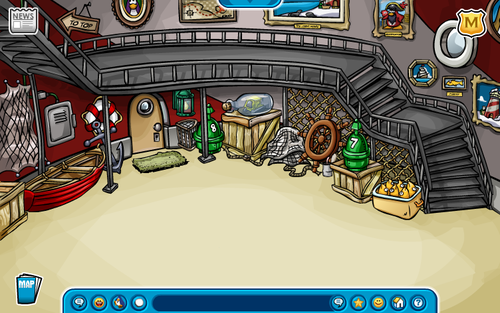 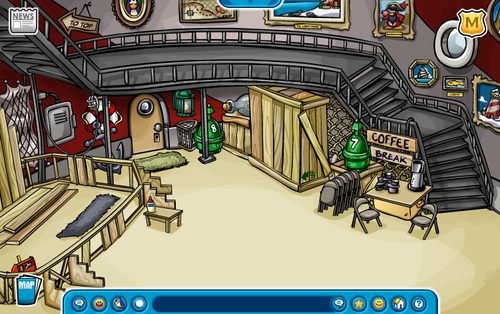 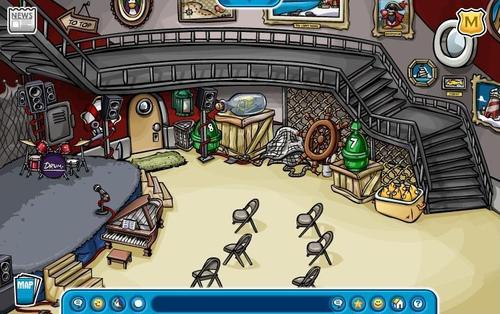 Along with the stage being added to the Lighthouse, Cliub Penguin also released three new postcards to celebrate. They were Come See My Band Perform, Join My Band, and Band Practice. 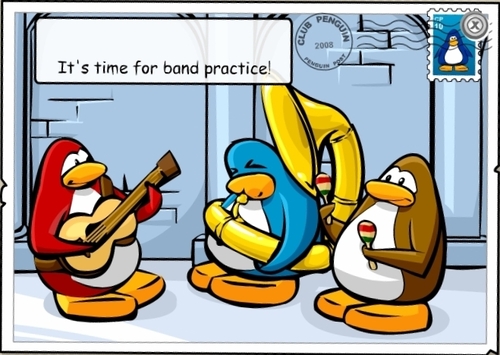