In 2007 there was only one update. The Pizzatron 3000 game was released and could now be played at the Pizza Parlour. At the time the game did not have stamps, though, as they were not a feature on Club Penguin until 2011.

As for 2010, that year there were multiple updates. The biggest update was the orange puffle now being up for adoption. In addition to that, the orange puffle’s favourite item, the wagon, was released as a pin in the Ski Lodge (now the Puffle Lodge) above the fireplace. This pin is Club Penguin’s 115th pin overall and was the fifth pin to be hidden in that room.

Also in 2010, the sports catalogue was updated with new items such as baseball gear. 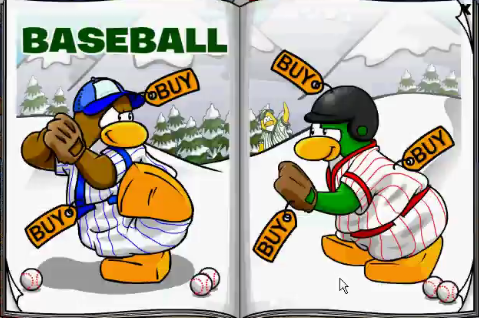 The final update in 2010 was the igloo music selection being updated with four new tracks. They were Jungle Quest, Flipper Jig, The Bamboo Forest, and Bonus Level.

In 2014 there was one update. The Noble Steed item was now available at the Fair’s prize booth.

Finally, in 2015, Club Penguin released their SoundStudio app for iOS and Android, an app that didn’t even last a year before being pulled. The app had similar functionality to the web version, letting you make mixes from different genres. The genres were pop, dance, rock, dubstep, spooky, and Cadence, which was an exclusive genre for mobile as it was her track “You Got This”. You could save up to 24 mixes and share them for others to listen to in the app via CP Radio.