In the new clothing catalogue for February 2010 the main theme of the new items was casual winter wear clothing. It is also worth noting that up until this point only members could purchase flag pins, however as of the February 2010 Penguin Style all penguins, member or not, could purchase and wear them. 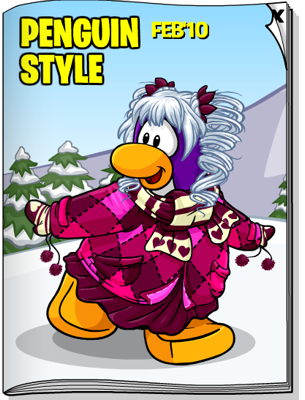 As for the new login screen, it told members to be on the lookout for new puffle furniture coming later in the month. 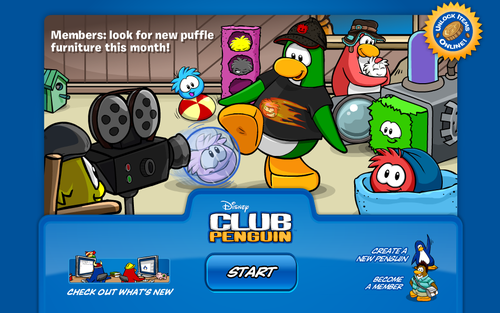 Moving ahead five years to 2015, also on this day that year a new edition of the Penguin Style was released. A majority of the new styles were music related, as later that month the SoundStudio Party, the month’s big event, would take place.

The next update in 2015 was a new pin, the Headphones Pin. This pin is Club Penguin’s 298th pin overall and is the tenth pin to have been hidden at the Dance Club.

The final big update in 2015 was the play at the Stage being changed. Secrets of the Bamboo Forest returned for its fourth showing, its final one. Club Penguin also updated its featured postcards selection to include the one fo this play.

There was also an update on Herbert’s ClubHerbert.com website. It now displayed the following image:

Finally, in the real world, the 40th issue of Club Penguin’s magazine was now available.