On the 19th of February Club Penguin has updated in 2008, 2010, and 2015. In 2008 the Aqua Grabber game was released, in 2010 the Puffle Party began and the furniture and igloo catalogues were updated for the month, and in 2015 the SoundStudio Party began and a new pin was hidden on the island.

2008 only had one update, the Aqua Grabber game being released. Back then the game wasn’t quite like the game it is today. Rather than there being levels such as Soda Seas, you had to fetch parts from The Migrator, Rockhopper’s ship, and bring them to a net so they could be salvaged to repair his ship. Back in January 2008 an iceberg hit Rockhopper’s ship and it sank, so Aqua Grabber was built by Gary as an effort to save and rebuild his ship. When you collected all the pieces to Rockhopper’s ship you would earn the Golden Wheel Pin.

Anyone else in the mood to play Aqua Grabber now? :)

As for 2010, there were several updates. The biggest one was that month’s party, the Puffle Party, beginning. The free item for all players at this event was the Puffle Hat. Members could also collect the Puffle Jacket. 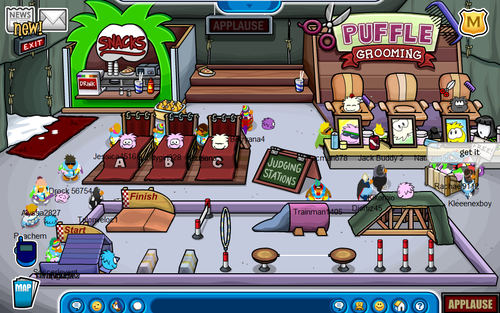 Along with the party a new furniture catalogue was released. The new items were mostly Puffle related, although there was a few casual furniture items too. The igloo catalogue also received a small update.

Finally, we have 2015. On this day that year the month’s party began, however unlike 2010 it was not a Puffle Party. Instead, it was the SoundStudio Party. The island was decorated in a musical fashion. You could record a song in four different genres (dance, pop, dubstep, and rock) by clicking on the different symbols in the special party room. As a reward you could earn items for completion. Each genre had two free items, one for all players and one only for members. 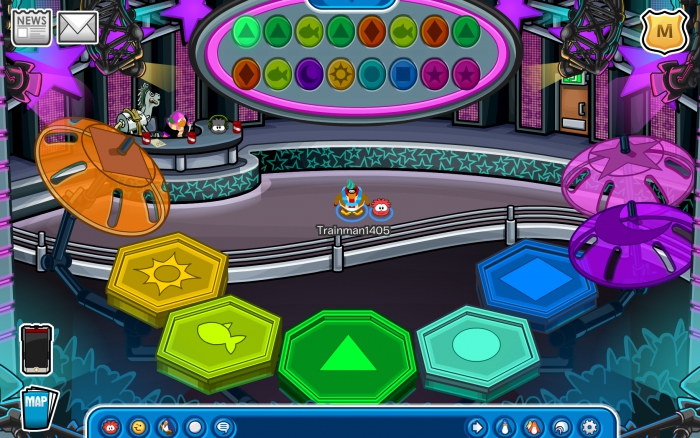 The other update in 2015 was a new pin being hidden on the island, the DJ K-Dance Pin. This pin is Club Penguin’s 299th pin overall and is the eighth pin to have been hidden at the Beach.