The first update in 2013 was a new logoff screen advertising the Ancient Tree furniture item, which members would be able to obtain starting the 23rd of January. A second logoff screen advertising the Age of Dinosaurs igloo background was also added. It said that starting the 26th of January members would be able to get the item. The final update in 2013 was the Volcano furniture item now being available at the Prehistoric Party. 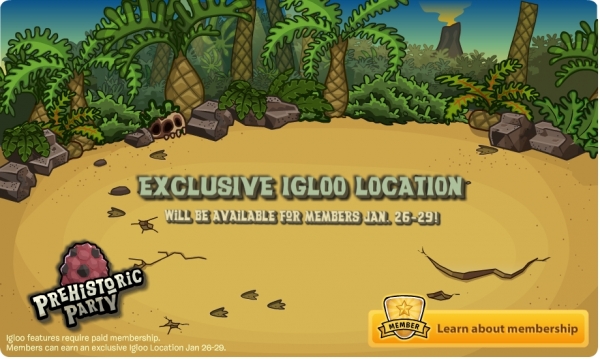 As for 2014, there was one update. A logoff screen advertising that year’s Prehistoric Party, which began the 23rd of January, was added. It had pictures of different dinosaurs and read “Go back in time!”.