On the 18th of January Club Penguin has updated in 2008 and 2013. In 2008 the Winter Fiesta began, a new pin hidden, and a new furniture catalogue was released for the month. There was also one small update in 2013.

The 2008 Winter Fiesta was Club Penguin’s second one. The island was decorated with festive decorations, giving the island a jubilant and fun feeling. At this party all players could pick up a free pair of Festive Maracas at the Dance Club. 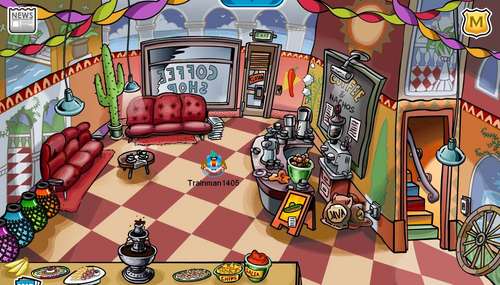 The pin released on this day in 2008 was Club Penguin’s 51st pin. It was the Sombrero Pin and could be found at the Forest. This is the second pin to be hidden there. For the first few hours after the pin was released, anyone who got it had their account automatically banned due to a bug in the system. Luckily Club Penguin corrected this error and removed any bans that resulted from this nasty bug.

As for the new furniture catalogue, it contained items such as the Piñata and Mexican Vase. 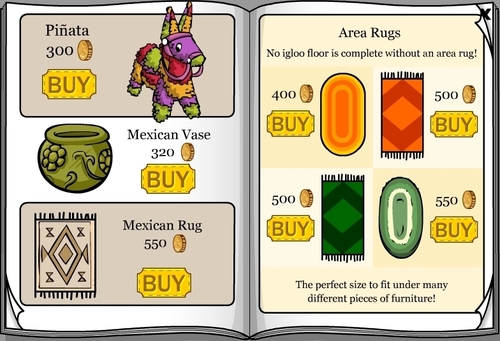 The small update on this day in 2013 was a new logoff screen to advertise the volcano igloo item from the Prehistoric Party, the party that was taking place at the time. The logoff screen said members would be able to get the item beginning January 21st.