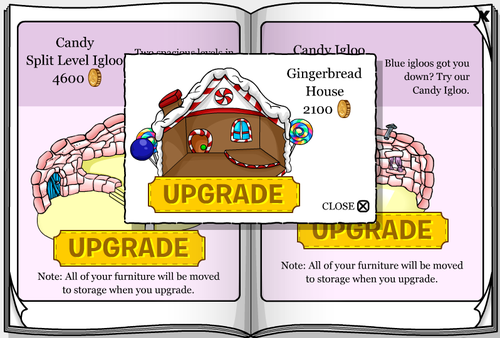 As for 2013, the new pin hidden on the island was the Holiday Gift Pin. This pin is Club Penguin’s 265th pin overall and the fifteenth pin to be hidden at the Boiler Room. This was Club Penguin’s final pin of 2013.