In 2007 Club Penguin released their Club Penguin Times issue early two days early, as the 25th of December was a Tuesday. It was a special early release because it contained the results of the first ever Coins For Change. Back when Club Penguin first started doing Coins For Change players would donate X coins to whichever of the three categories they wanted, so the results were to announce what percentage of the million dollars Club Penguin was donating to charity would be broken up. 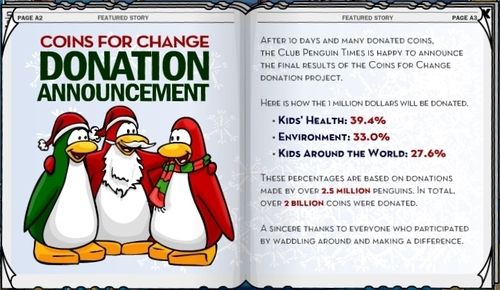 In 2008 Club Penguin also announced the results of that year’s Coins For Change the newspaper, although that year the 25th fell on a Thursday so it was not an early newspaper release. 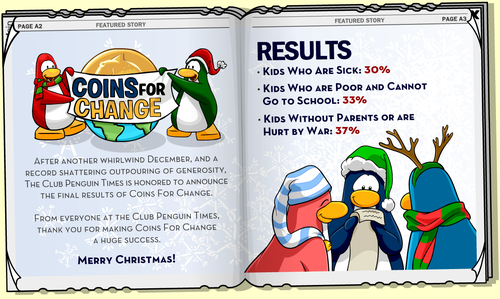 In 2009 Quest for the Golden Puffle returned to the Stage for a fourth showing and the igloo music was updated. The new tracks were Norman Swarm, Ninja Training, The Volcano, and Twice Upon a Time.