On the 14th of December Club Penguin has updated in 2006 and 2007. In 2006 a new pin was released in the newspaper (not a typo!) and in 2007 the first ever Coins For Change event began, a new edition of the furniture catalogue was released along with an igloo decorating contest beginning, and The Twelfth Fish play made its debut at the Stage. 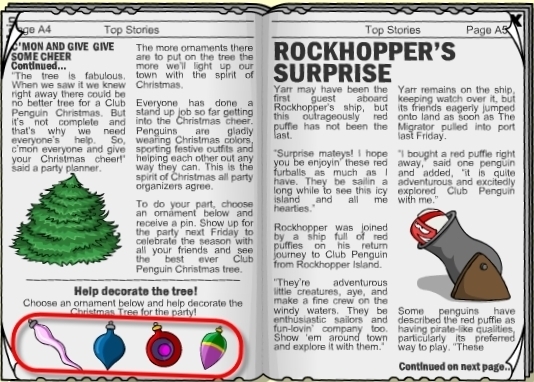 In 2007 there were four updates. Club Penguin updated their furniture catalogue with Christmas themed items and also began their holiday igloo decorating contest. Members could decorate their igloo for the holidays, submit it to Club Penguin for judging, and if they won they would receive coins as a prize and also have their name and igloo featured in the newspaper. 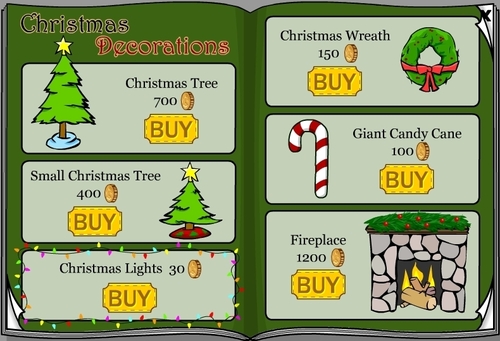 This day in 2007 is also the start of the first ever Coins For Change, an event Club Penguin has done every year since. Club Penguin was going to donate a total of $1,000,000 (one million US dollars) to three categories. The categories were helping kids in developing countries, keeping the environment clean, and kids who were sick. Players could donate as many coins as they wanted to each category. However many coins was donated in each category would determine how the one million dollars would be broken down for each category. There was even a commercial about Coins For Change on Disney Channel, their first ever television advertisement.

The final update in 2007 was The Twelfth Fish play being released at the Stage for the first time ever. This is Club Penguin’s second ever play. The play had a Shakespeare vibe and was at the Stage a grand total of three times. 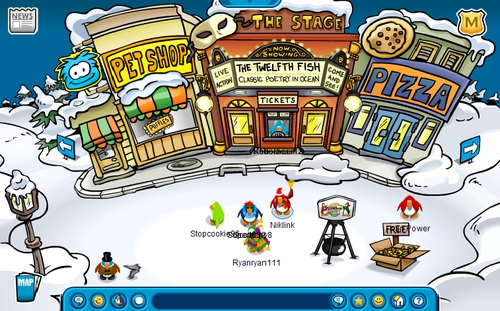 Thanks to Niklink for giving me his image to use!

It’s also worth mentioning that on this day in 2013 the Penguin Carols episode of #WaddleOn was released. #WaddleOn was a weekly sketch comedy series by Club Penguin.