On the 25th of November Club Penguin has updated in 2010, 2013, and 2014. In 2010 Card-Jitsu Water was released along with stamps for all of the Card-Jitsu Games. In 2013 Operation Puffle had more orders for agents and in 2014 you could do the next crab battle at the Pirate Party. 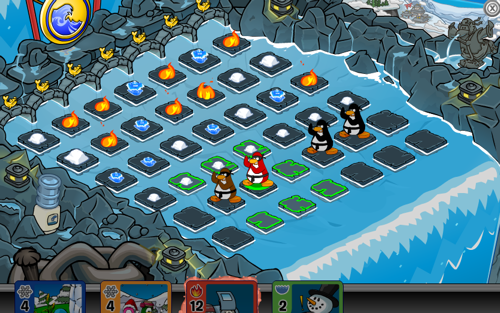 In 2013 there was a single update: more orders for Operation Puffle. You could now rescue gren puffles in the Puffle Chase game. In 2014 at the Pirate Party you coud now battle the crabs guarding the treasure chest at the Forest.