Although the Ice Rink made an appearance at the 10th anniversary party, last week’s issue of the Club Penguin Times made it sound like the Ice Rink would be going away again during the Halloween Party and then returning for a while, as it said “November 4: Winter Snow & Sports Catalogue – The Rink returns along with the winter sports items”.

Based on that wording it sounded like the rink would be returning on the 4th of November when the catalogue was updated. However, that is not the case. Either it was a typo/mistake or Club Penguin changed their minds, as if you go to the Stadium you will see the Ice Rink, meaning it’s here to stay until approximately May, +- 2 months. 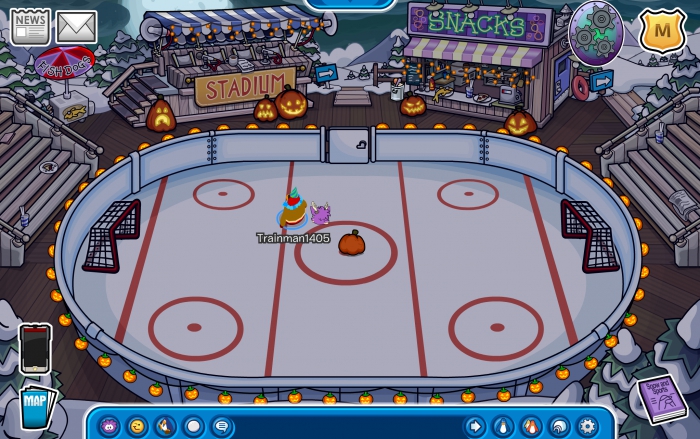 The snow & sports catalogue wasn’t updated, so I think it’s safe to say that it will be updated once the Halloween Party ends in two weeks time.