On the 30th of October Club Penguin has updated in 2014. That year they released a new pin and also uploaded the Hotel of the Living Sled video to their YouTube channel. It’s also worth noting that back on this day in 2013 the second season of Club Penguin’s “Waddle On” sketch series began.

The pin released on this day in 2014 was the Ghost Pin. This pin is Club Penguin’s 290th pin overall and is the sixteenth pin to have been hidden in the Boiler Room. 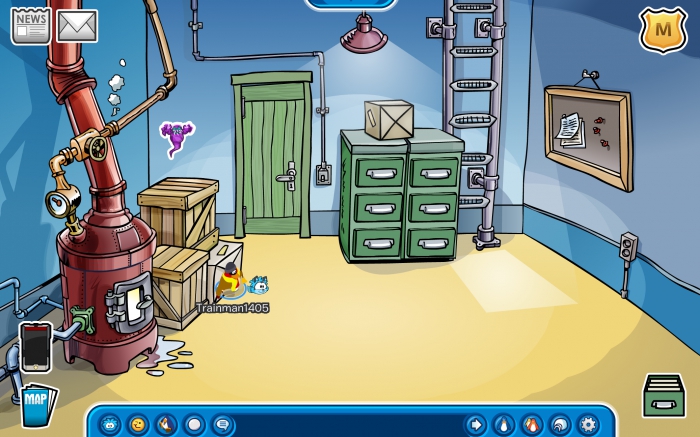 Although not an in-game update, I feel that it is also noteworthy to mention that on this day in 2014 Club Penguin released their Hotel of the Living Sled video.

Also not an in-game updated, back in 2013 the second season of Club Penguin’s “Waddle On” sketch series began. It was the 13th episode overall.