On the 13th of October Club Penguin has only updated in 2006, in which two updates took place. Rockhopper’s first ever arrival happened and a new spin was hidden on the island.

On this day in 2006 Rockhopper arrived at Club Penguin’s beach and docked his ship, the Migrator, for the first time ever. Rockhopper is Club Penguin’s mascot. At this time you could only go onto the ship’s deck. There was no Ship Hold, Captain’s Quarters, or Crow’s Nest room. Rockhopper’s Rare Items catalogue was located there. 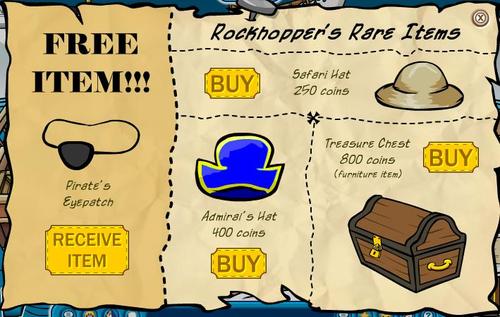 The second update on this day in 2006 was the Pirate Flag Pin being released. This was Club Penguin’s 16th pin overall and the first pin to be hidden inside the Pet Shop.