Last week when Club Penguin posted all of October’s meetup times, they had Herbert listed as meetable on October 5, 10th, 15th, and 20th. However, later the Club Penguin Team updated their meetup times schedule and removed him without saying anything as to why.

Aside from removing Herbert’s times the schedule of mascot meetups has remained unchanged. Here’s the updated schedule to reflect these changes: 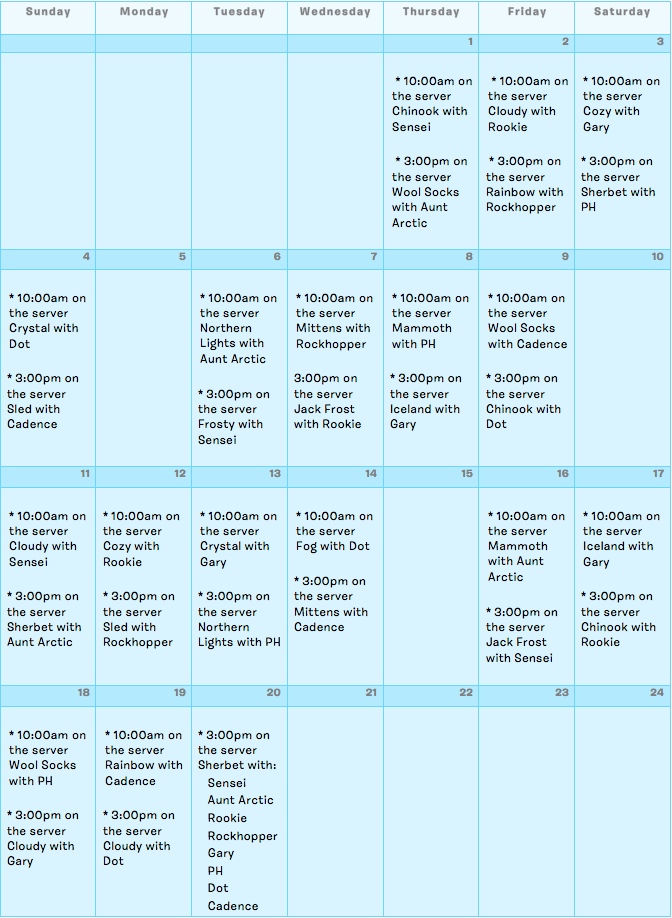 Although Club Penguin had removed the meetup times a few days in advance, penguins did sign on to the server Fog on Monday and questioned where he was.

Although Club Penguin has said nothing specifically relating to this, they did post two Herbert related tweets.

Wondering where Herbert is? We are too! Looks like he's being sneaky again…

So, if you were hoping to meet Herbert, you’re out of luck. Who knows though, maybe you’ll get a chance to meet him sometime soon…if Club Penguin doesn’t pull his future meetup times again. :P