Between now and the 20th of October mascots will be waddling around Club Penguin every single day! Megg posted a calendar with all the meetup times for us to reference.

Sensei, Aunt Arctic, Rookie, Rockhopper, Gary, PH, Dot, Cadence, and even Herbert will be waddling around. There are two meetups each day with the exception of October 20th, when all the mascots will be on at once aside from Herbert. Sasquatch is not making any appearances and neither is the Penguin Band.

UPDATE: Herbert’s meetup times have been removed due to reasons not specified.

The meetup times on the calendar below are PST, which is the time listed on the clock tower at the Snow Forts. For EST add 3 hours and for the UK add 8 hours. 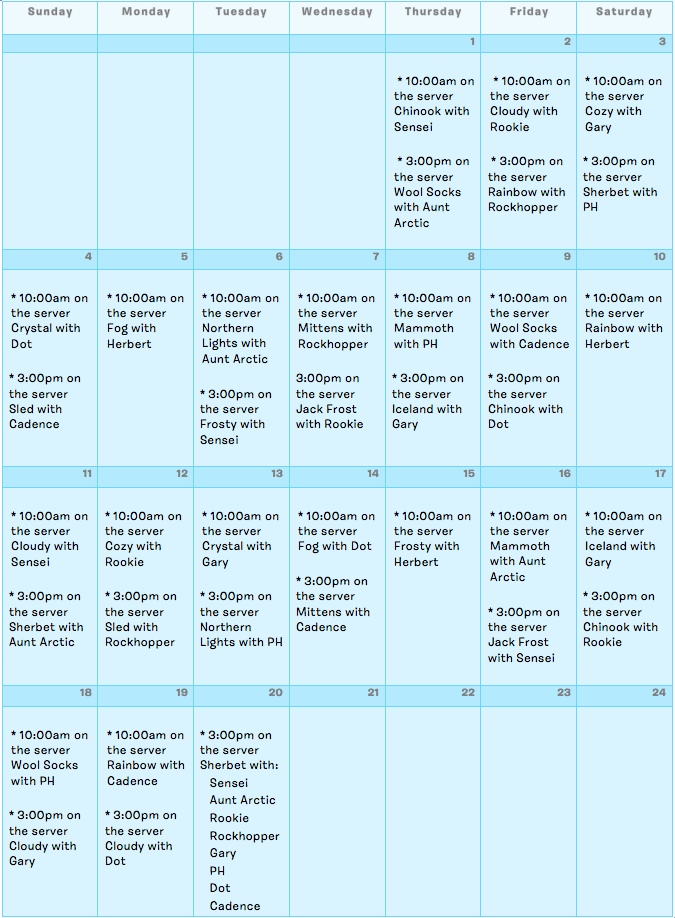