On the 26th in September Club Penguin has updated in 2008 and 2013. In 2008 the Fall Fair began and a new pin was hidden. In 2013 a special new treasure book was released and a new issue of Club Penguin’s Portuguese magazine was now available in stores.

On this day in 2008 the month’s party, the Fall Fair, began. This was Club Penguin’s second ever Fair. Two new games, Balloon Pop and Puffle Soaker, made their debut at this Fair. It was also the first Fair to have a separate prize booth for members. 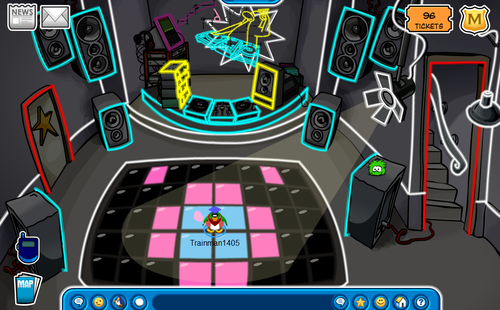 The only other update in 2008 was a new pin, the Lollipop Pin. It was hidden at the Lighthouse. The Lollipop Pin is Club Penguin’s 73rd pin overall and is the third pin to have been hidden in that rom.

Just like 2008, 2013 also had two updates. A special treasure book only for members was released. It could be unlocked by purchasing specially marked membership cards that allow you to pick bonus items from the treasure book. The other update took place in the real world. A new issue of Club Penguin’s Portuguese magazine was released.