On the 24th of September Club Penguin has only updated in 2010, when four updates took place. There was a new pin and a new sports catalogue, plus Stadium and featured postcards selection were updated.

The new pin released on this day in 2010 is Club Penguin’s 135th pin overall. It was the Sandwich Pin and you could find it at the Cave Mine, now known as the Gold Mine. It’s second pin to have been hidden in that room. 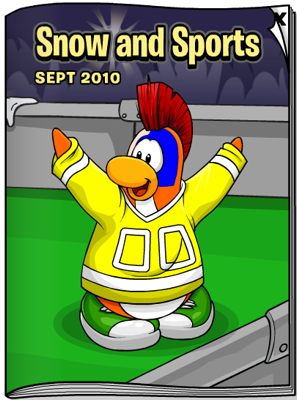 Another update in 2010 was the Stadium being updated with different events to participate in. To go along with this the featured postcards selection was updated with new postcards like Go Blue and Go Green.