The single update in 2008 was a new furniture catalogue. It contained items relating to theatre and school. Here is one of the pages: 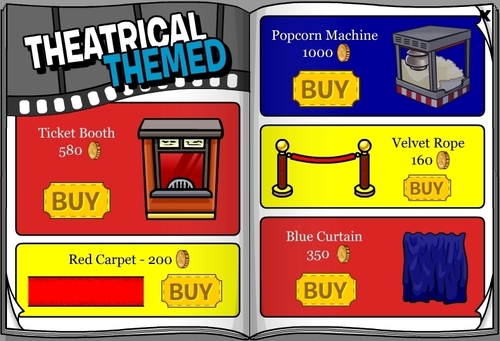 In 2013 there were a lot more updates compared to 2008. The biggest update was the Medieval Party beginning. Along with that Gary was waddling around the island. New login and logoff screens advertising the party were also added. At the 2013 Medieval Party Gary gave you a book of potion recipes. You had to collect different ingredients around the island and each day new potions were unlocked. The potions could be brewed in a mini game, and if you messed up you would be turned into a Puffle Chicken. Unlike past medieval parties there was no Knight’s Quest, which upset a lot of players. 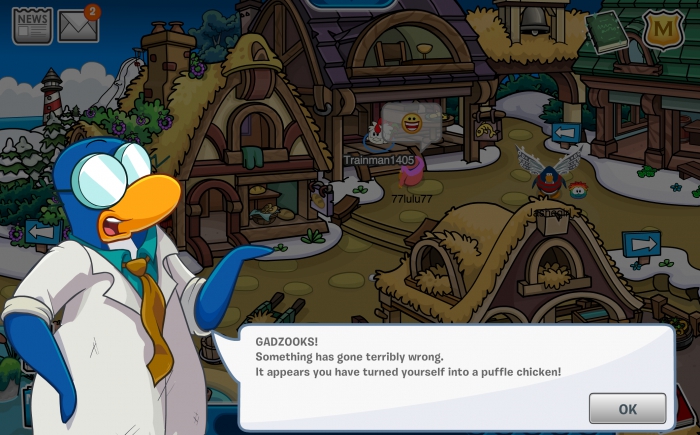 The final update in 2013 was out of game. In the United Kingdom and Republic of Ireland the 22nd issue of Club Penguin’s magazine was now available in shops.