On the seventh of August Club Penguin has updated in 2009 and 2014. In 2009 the month’s Penguin Style was released and it contained the brand new aqua colour. In 2014 there was a lot of updates, such as a new Penguin Style, the Sled Racer app being released on iOS, Haunting of the Viking Opera returning to the Stage, and more!

The new items in the August 2009 Penguin Style had to do with that month’s event, the Festival of Flight. This was the first clothing catalogue to carry the brand-new colour of aqua, which had won the poll Club Penguin held in late July. 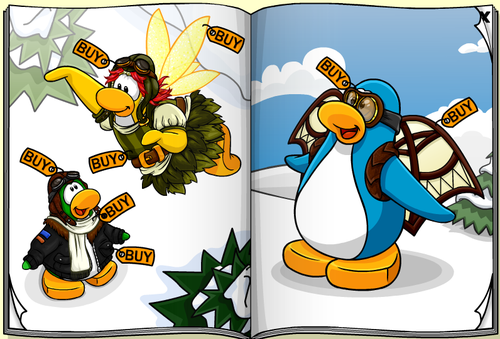 That’s all for 2009. In 2014 there were many updates. Just like in 2009 a new edition of the Penguin Style was released. It contained items related to Disney’s hit movie Frozen. Club Penguin also updated the treasure book in the Clothes Shop on this day. 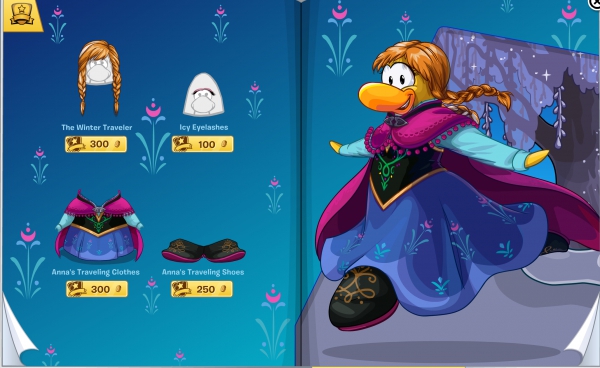 Although not an in-game update, another big update in 2014 was the release of the Sled Racer app for iOS. The Android version was not released until April 2015. The Sled Racer app is similar to Sled Racing on the computer except there are power-ups and you only play by yourself instead of racing others, as the purpose of the app is to try and go as long of a distance as you possibly can.

Returning back to in-game updates, another update on this day in 2014 was Haunting of the Viking Opera returning to the Stage for a fourth showing.

The other two updates in 2014 are minor. A login screen advertising the upcoming Frozen Party was added and the featured postcards selection was updated. The featured postcards were now Find the Pin, Best Friends for Life, Haunting of the Viking Opera, Let It Snow, and Aloha.