The new field op was the 11th one. For this mission you had to go to the Lighthouse and complete the mission by destroying the circuits in the mini-game.

The second update in 2010 was the tactical gear for the EPF now being available. 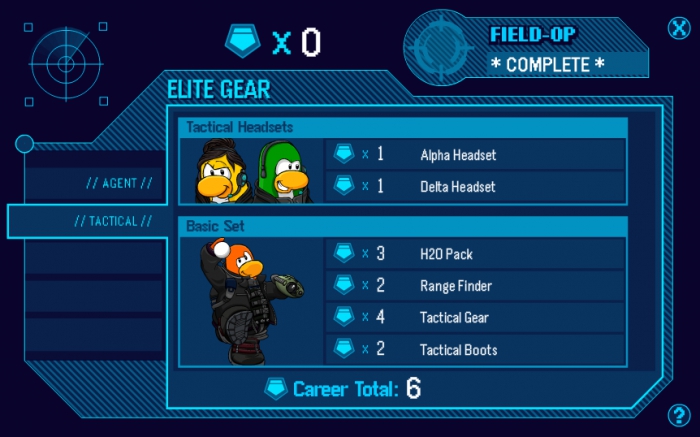 Moving on to 2012, the biggest update that day was the Adventure Party, that month’s party, beginning. Rockhopper arrived on the island for the party, too. Although not officially referred to as a takeover, it is considered one as it went hand in hand with Club Penguin’s Innocent Smoothies promotion. The party had many fruit items available. At this party members could go in the special temple room. Rockhopper had a new giveaway background for the duration of his visit. 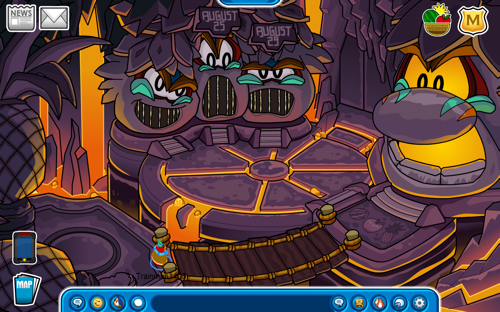 The next update in 2012 was a new pin. The Fruit Combo Pin, Club Penguin’s 217th pin, was hidden. This is the ninth pin to be hidden at the Iceberg.

Next up we’ve got a new field op. The 96th field op was released on this day. For this mission you had to the Snow Forts and access the temple’s top, a special room for the party. From there you could complete the mission by breaking the code, which was done by scanning the symbols to find the correct combination.

The final in-game update in 2012 was the featured postcards selection being updated. It now listed Follow Me, Rockhopper, and Actors Needed.

There was one out of game update in 2012. The eighth issue of Club Penguin’s magazine was now available in the United Kingdom. This issue was a tropical issue.