On the 22nd of August Club Penguin has updated in 2008 and 2013. In 2008 the Penguin Games begin and in 2013 there was a lot of updates. In 2013 the Teen Beach Movie Summer Jam Party began so Brady, McKenzie, and Cadence were visiting, there was a new pin, the Lighthouse Music Catalogue was updated, and issue 21 of Club Penguin’s magazine was now available.

At the 2008 Penguin Games you had to complete three tasks in order to earn the party’s free item, the medal. The tasks were run in a marathon, do a three lap race, and do a freestyle swim. The whole island was decorated for sports. 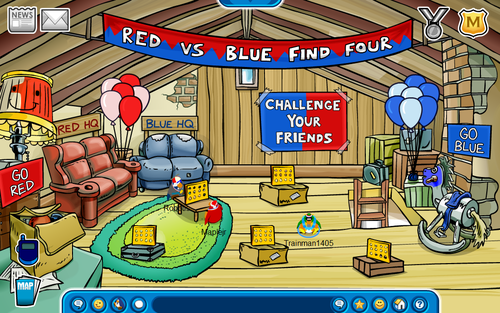 Just like in 2008, on this day in 2013 that month’s party began, too. That year it wasn’t another Penguin Games, however. Instead it was the Teen Beach Movie Summer Jam, which Brady and McKenzie, characters from the movie, were mascots for. Cadence was visiting, too. The whole island was given a summery look modelled after Disney’s Teen Beach Movie. 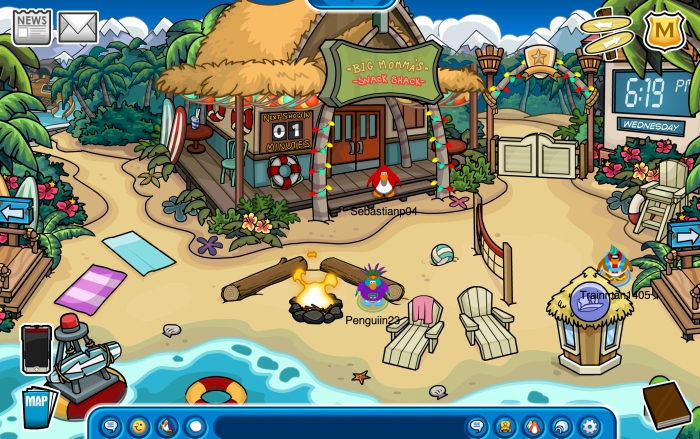 The next update in 2013 was a new pin. The Friends Forever Pin, Club Penguin’s 253rd pin, was hidden at the Dance Club. This is the eighth pin to be hidden in that room.

The final in-game update in 2013 was the music catalogue at the Lighthouse receiving an unexpected update. It was no longer a single page, having been given a new design. Several instruments were added, too.

There was one out of game update, too. Issue 21 of Club Penguin’s magazine was now available in shops in the United Kingdom. This issue’s main focus was Club Penguin University.