On the 15th of August Club Penguin has updated in 2008 and 2013. In 2008 the igloo and sport catalogues were updated, plus a new pin was hidden. In 2013 there was a new furniture catalogue, the igloo music was updated, the play at the Stage changed, puffle digging was updated, a new login and logoff screen was added, and ClubHerbert.com updated.

The first update in 2008 was a new igloo catalogue. The new igloo it contained was the Pirate Ship Igloo, priced at 4,300 coins. 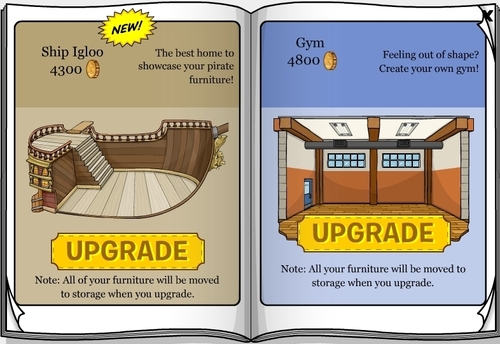 The final update in 2008 was a new pin, the Dodgeball Pin. This pin is Club Penguin’s 68th pin overall and the first pin to be hidden at the Stage. Although a total of ten pins have been hidden at the Stage, this is the first and only one that wasn’t released specifically for the play.

That’s all for 2008. We’re moving ahead five years now! The biggest update on August 15, 2013 was a new furniture catalogue. It contained summery items and Teen Beach Movie themed items such as the Swimming Pool, Lifeguard Chair, Mermaid Cutout, and Motorbike. 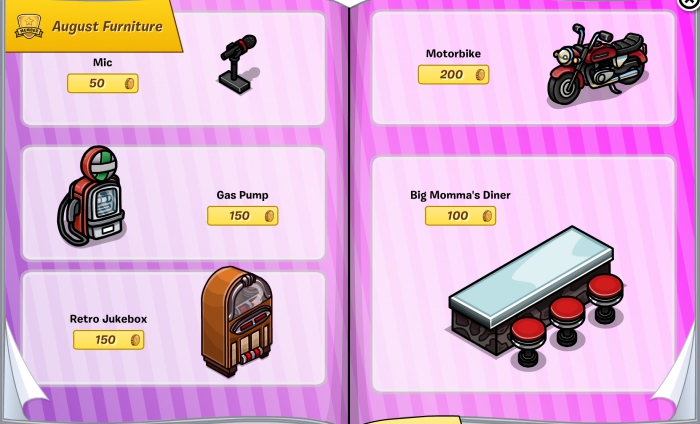 Along with the furniture catalogue the igloo music was updated with tracks such as Surf’s Up, Forever Summer, and Ride the Wave.

The next update in 2013 was Ruby and the Ruby returning to the Stage for a seventh showing. The set had no changes.

Next up, puffle digging was updated. You could now dig up food and some more items, as Club Penguin added more.

The second to last update in 2013 was a new login and logoff screen. It advertised the Teen Beach Movie Summer Jam. 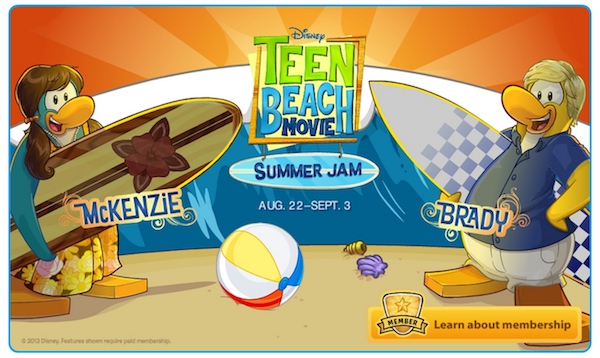 The final update in 2013 was Herbert’s ClubHerbert.com website being updated. It now featured a letter reading “You haven’t heard the last of me. -Herbert P. Bear”