On the 2nd of July there has only been updates in 2010. A new clothing catalogue and a new pin were both released.

The main theme of the July 2010 Penguin Style was music, although some beach and other summer themed items were also available for purchase. 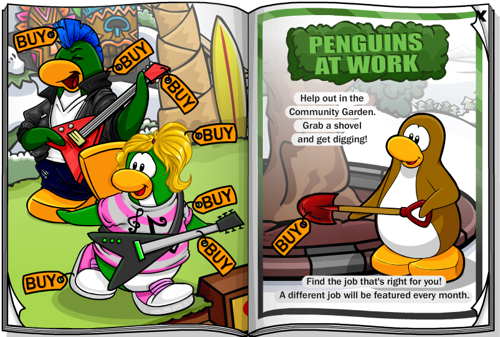 The other update in 2010 was a new pin. The Candy Apple pin, Club Penguin’s 128th pin, was hidden at the Hidden Lake. This was the first pin to be hidden in that room.