Today’s On This Day In Club Penguin History will bring us back to 2008, 2013, and 2014. In 2008 there was a new pin, a new furniture catalogue, new igloo music, and construction at the Dance Club. In 2013 there were new furniture and igloo catalogues, plus the Death Star was closer to the island and more!

The first update in 2008 was a new pin, the Treble Clef. It was hidden at the Underground Pool. This pin is Club Penguin’s 66th pin and the fourth pin to be hidden at the Cave. 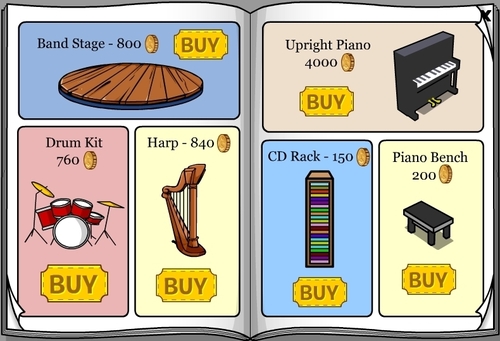 The final update on this day in 2008 was construction in the Dance Club. The room was being prepared for the addition of DJ3K, a game that was replaced with SoundStudio in 2014. 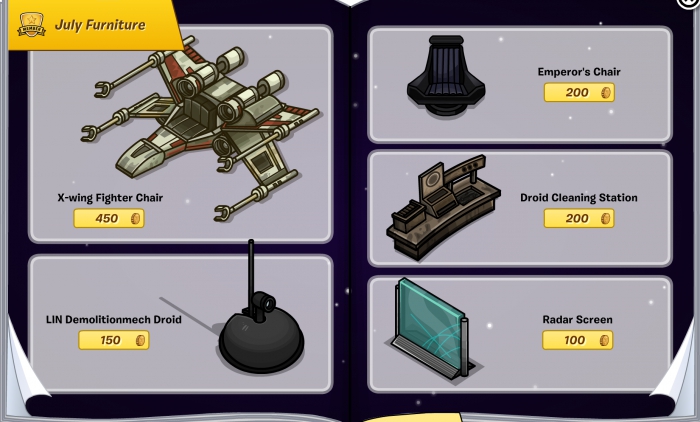 The Death Star, which was descending upon Club Penguin for the Star Wars Takeover, was also now closer to the island. A logoff screen advertising the party was also added.

Finally, in 2014, the Music Cruise Pass (everyone) and Thrift Shop Style (members only) could now be obtained at the 2014 Music Jam.