There has been a lot of updates on the 19th of June! In 2009 a new pin was released and the furniture catalogue was updated. In 2013 puffle digging as well as stamps and a new login screen to go along with it were released, construction at the Everyday Phoning Facility advanced, and Herbert’s website was updated with a Star Wars Party teaser. Then, in 2014, the Penguin Cup began, which Aunt Arctic was waddling around for.The new pin hidden on this day in 2009 was the Watermelon Pin. It’s Club Penguin’s 92nd pin and is the fourth pin to be hidden at the Lighthouse.

The other update in 2009 was a new furniture catalogue. The theme of the furniture in this catalog was ancient ruins. 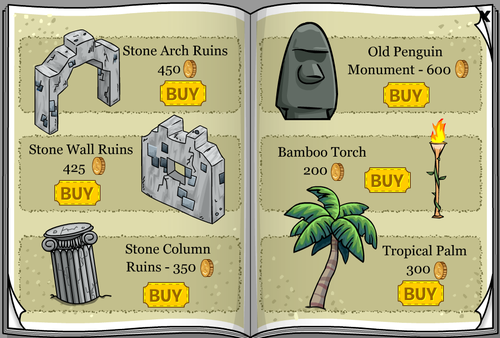 That’s it for 2009! The biggest updates in 2013 had to do with puffle digging, which was added to the game on this day. Along with the feature came stamps and also a temporary new login screen to advertise the new feature. 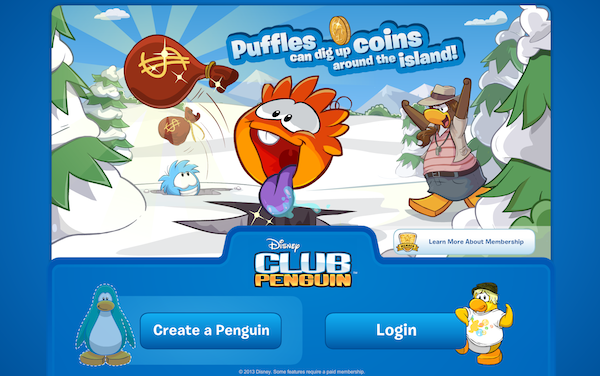 Another update in 2013 was the Everyday Phoning Facility repairs making some progress. The outside of the building was now completely restored.

Finally, although not an in-game update, ClubHerbert.com, which is Herbert P. Bear’s website, was updated with a teaser for the Star Wars Takeover Party.

The final year to have updates on the 19th of June is 2014. To go along with the World Cup in the real world, Club Penguin held their own event, the Penguin Cup. Players could join one of four teams, collect items, and play head to head against others in a soccer mini-game. The Sharks, one of the teams, ended up accumulating the most points from the mini-game. Aunt Arctic was waddling around the island during this event, too. 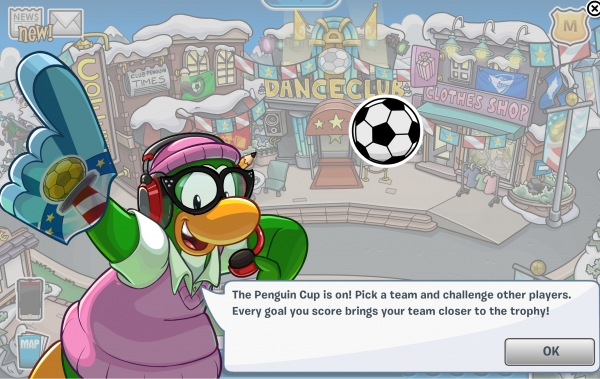