On the 17th of June Club Penguin has updated in 2009 and 2011. In 2009 the Soccer Pitch replaced the Ice Rink again and plants from the Adventure Party were stored in the Box Dimension. In 2011 there was a new pin and the Music Jam began.

The first update in 2009, the Soccer Pitch replacing the Ice Rink, is self explanatory. It is something that Club Penguin does every year, usually around June up until December before reversing it. 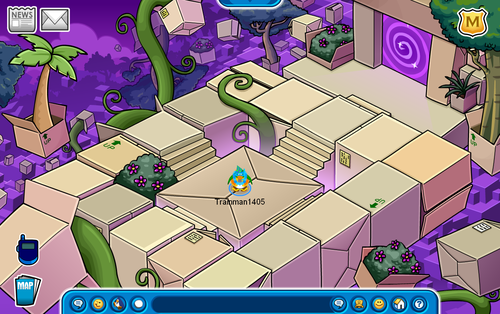 The first of two updates in 2011 was a new pin. The Stereo Pin was hidden at the Book Room. This pin is Club Penguin’s 166th pin and is the tenth pin to be hidden in the Book Room.

The second update in 2011 was that month’s big event, the Music Jam, beginning. This is the fourth Music Jam party Club Penguin has held. At the party you could meet Cadence and also the Penguin Band. All players could pick up the Music Jam Cap at the Cove and members could pick up the Music Swirl Tree at the special Backstage room and the Boom Box at the Night Club Rooftop, another special party room. This party was extended another week due to popular request. 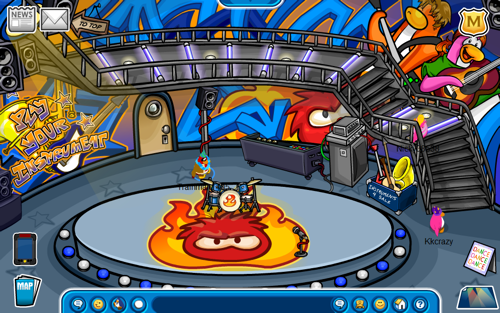