The Soccer Pitch was originally an added room just for the Penguin Games party in August 2008 but due to popular demand Club Penguin left it there to replace the Ice Rink until December 2008, when it was switched back. In June 2009 Club Penguin replaced the Ice Rink with it again. 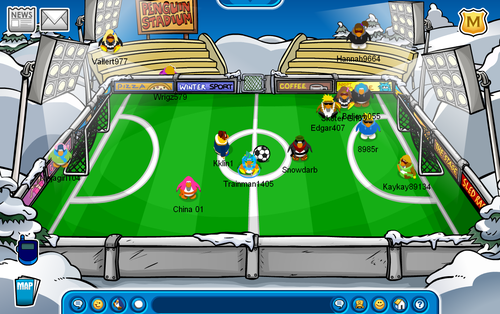