On the 27th of May Club Penguin has only updated in 2011. On this day that year the Medieval Party catalogue was updated with new items and the beta team was updated, too. 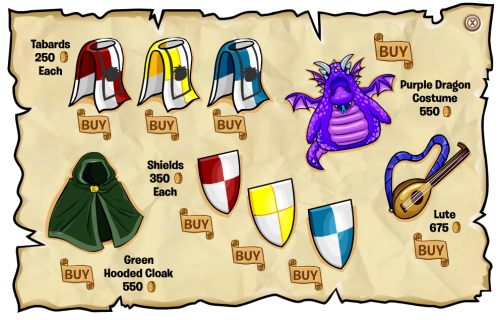 The other update on this day in 2011 was an update to the beta team. Fluffy The Fish and Fluffy The Fish Art Concepts were added, plus Rollerscape History was re-added after being removed the day before.