When Rockhopper arrived on Club Penguin in this day in 2009 his whole ship was covered in a wide variety of trees and plants. His rare items catalogue was even plant related – all players could collect the free Overgrown Ship Background and members could buy three different potted plants for their igloo. 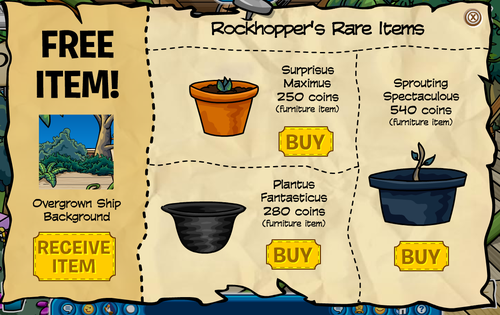 The pin hidden on this day in 2009 was the Ice Cream Sundae. It is Club Penguin’s 90th pin and was the fifth pin to be hidden at the Pizza Parlour.