On the 16th of May there has been updates in 2008 and 2013. In 2008 the first ever Medieval Party began and in 2013 there were many updates, which included a new furniture catalogue, new igloo music, an avalanche at the Dojo, a Card-Jitsu logoff screen, and a new pin.

At the 2008 Medieval Party the whole island was decorated in a medieval fashion and there was a special Treetop Fort room that could be accessed from the Forest. This was the first party to have a special room only for the party. Players could initially only collect the Squire Tunic at the Dock, but then a week later the Wizard Hat was added to the Lighthouse. 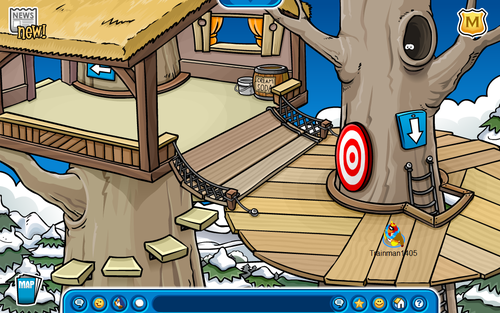 That’s all for 2008. In 2013 there was many more updates. The biggest update in 2013 was a new furniture catalogue. It contained many ninja themed items. Along with the new furniture Club Penguin also updated their igloo music, adding the tracks Collide and Conquer and Through Mountain Passes. 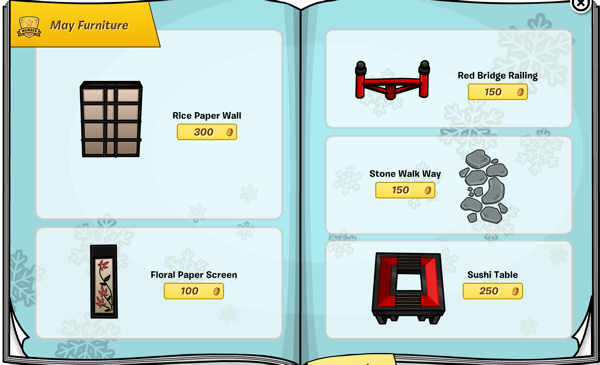 Another big update in 2013 was an avalanche at the Dojo, which was leading up to the release of Card-Jitsu Snow in another week. A login and logoff screen advertising the game was added too, stating that “members can power up with more cards”.

The final 2013 update was a new pin. The Elemental Pin was hidden at the Hidden Lake. It was the sixth pin to be hidden in the room and is Club Penguin’s 244th pin overall.