In 2009, to prepare for the upcoming St. Patrick’s Day Party, green boxes and green paint were placed in a few rooms around the island, specifically the Ski Village, Cove, and Forest. A tree stump was also added to the Forest, as pictured below. 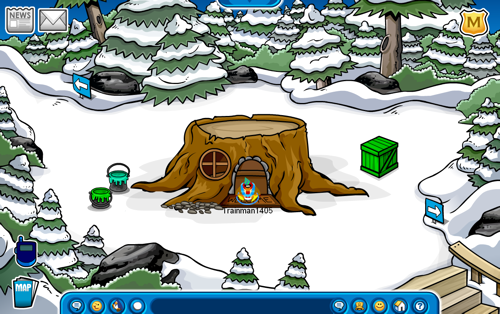 In addition to those preparations, as of March 6, 2009, members could purchase the White Puffle. At the time they cost 800 coins each, however that has been halved to the low price of 400 coins.

The third and final update in 2009 was the March 2009 Penguin Style being released. In it there were a few St. Patrick’s Day outfits, and also outfits for superstars to wear at the first ever Penguin Play Awards. 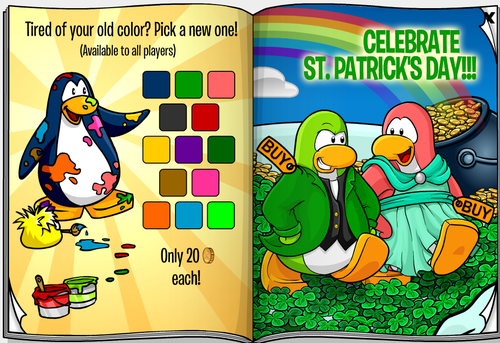 In addition to 2009 there were also updates on Club Penguin in 2014, plus in real life the 18th issue of their magazine was available for sale in the United Kingdom.

On the 6th of March in 2014 Club Penguin released their Russian Welcome Event, a small one week long mini party. The Stadium’s ice rink was decorated in celebration of the newly launched Russian version of Club Penguin, which was released on the 6th of February. All players could pick up a free Welcome Hat. 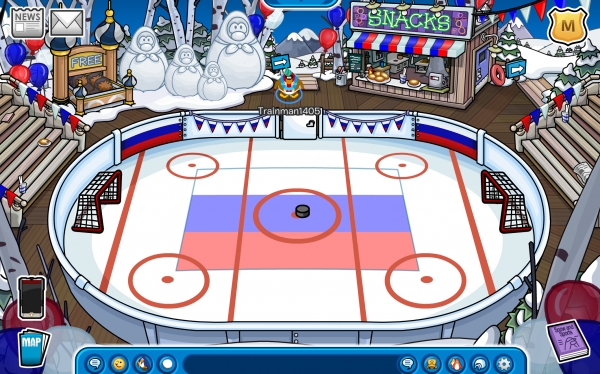 Also on this day in 2014 Club Penguin released a new design for the EPF Command Room, the one you currently see in-game. Another update in 2014 was the Penguin Style being updated for March. It featured Muppet-themed items. 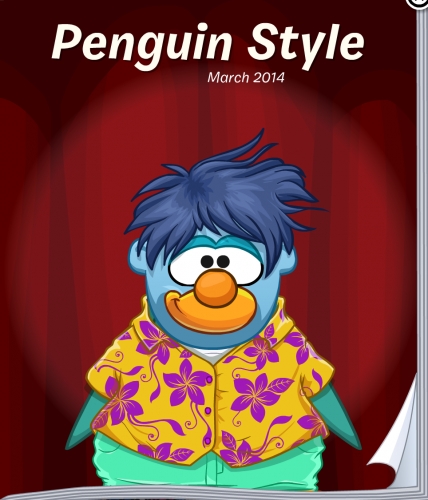 Finally, Club Penguin had a few minor updates in 2014. The featured postcards were updated, re-adding the Your Biggest Fan, Wanna Join My Band?, You’re Funny, and Actors Needed postcards. Also, a login and logoff screen advertising the upcoming Muppets World Tour Party was added. The same advertisement was also added as a slide on Club Penguin’s homepage.