The results are in and have been posted to the blog! In 2014 a total of 26 billion coins were donated to Coins For Change – double the amount donated in 2013! Wow! 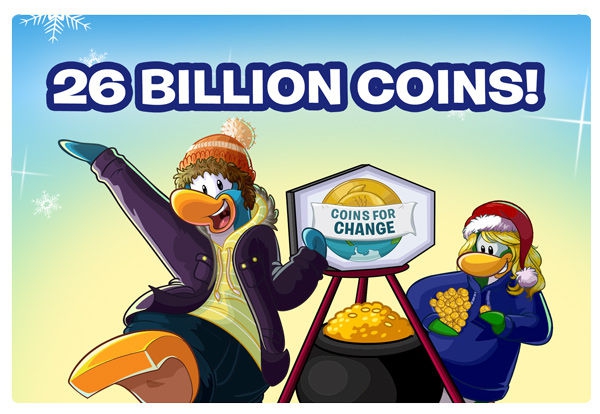 One of the projects we’re supporting is a playground built by KaBOOM!

Some members of the Club Penguin Team will be going down to give them the news. And as part of the surprise, we wanted to share some messages from you, to the children in the community where the playground will be built.

So leave your message in the comments below.

Great job on donating, everyone! I am kind of surprised the amount was so high, considering Club Penguin did not overly promote Coins For Change in 2014 compared to 2013 when there were trains and everything. I guess the Penguin Style donations helped.

24 thoughts on “The Club Penguin Coins For Change 2014 Results Are In!”