On the 15th of January Club Penguin has updated in 2009 and 2010. In 2009 a member only party, the Waddle On Dance a Thon, began. Dance Contest was released along with the party and DJ Cadence made an appearance for the first time. In 2010 there was a new pin and new furniture and igloo catalogues.

2009’s big update on this day was the start of that month’s big party, the Waddle On Dance a Thon. This was an exclusive members only event that took place in the Dance Club. The room was temporarily made accessible only for members. The free item was a Boombox. DJ Cadence was introduced as a mascot for the first time during this party. The Town, Dance Club, Night Lounge, and the special Rooftop room were always crowded with penguins trying to find her. The Dance Contest game was also introduced at this party. 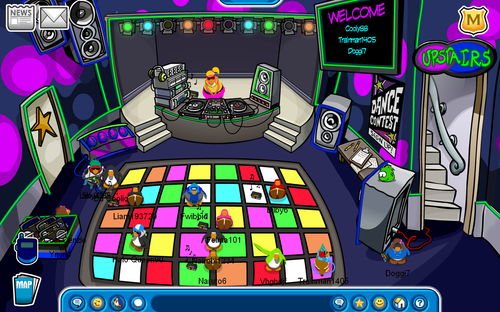 In 2010 there were three different updates. The Puffer Fish Pin was hidden at the Iceberg, located in the lower right corner of the room. This was Club Penguin’s 111th pin and was the third pin to be hidden in this room. In addition to that the furniture and igloo catalogues were updated. The furniture catalogue featured new stone furniture with items such as the Stone Couch, Stone Lamp, and Stone Table. On the other hand the igloo catalogue was updated to feature the all new Cave Igloo. 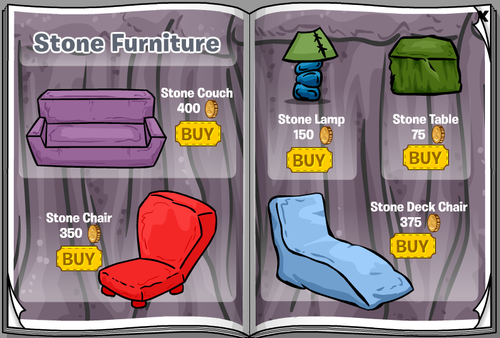